DETROIT - Detroit is welcoming the state's first woman and lesbian bishop to lead the Episcopal Diocese of Michigan this weekend.

"All are welcome. Everybody made in God's image and likeness, everybody's a child of God, everybody gets to come and be," said Perry.

Bonnie Perry is joining the Episcopal Diocese of Michigan as the state's first woman and lesbian bishop to lead the church. She said she is concerned about issues of race, poverty, unemployment, and the environment

Her arrival comes at an inflection point for many religious institutions. The Methodist Church is splitting in two over LGBTQ inclusion and clergy. It's also completely forbidden to be gay in the Roman Catholic Church, the same church that Perry was raised in.

"I knew that as a woman and then when I came out as a lesbian, that I would not be able to fulfill my call from God," Perry said.

But after spending decades in Chicago successfully building up the All Saints Episcopal Church into the fourth largest dioceses in the city, she's now moving to Detroit. And she has a lot of issues she's interested in tackling.

"The whole point of a faith community is to build people up - to nurture people and to enable people to live out their calls from God, so I am delighted that the Episcopal Church does that," said Perry. "Mind the gap, people of faith - we need to live our lives in such a way that we begin to cross those chasms, bridge those chasms and eradicate those gaps."

The progressive leader is concerned about systemic racism, poverty, and unemployment. But, as an avid kayaker, she's also deeply concerned about protecting the Great Lakes and its surrounding environment. 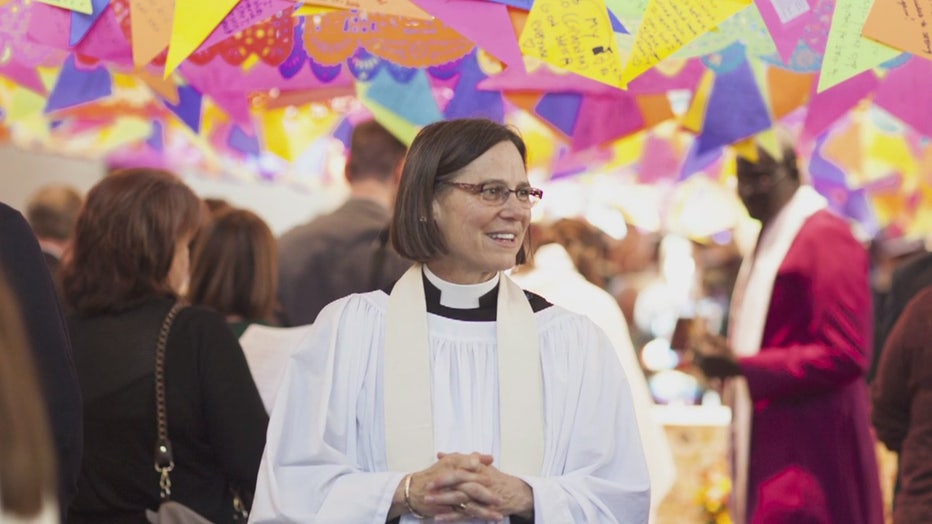 The process of becoming a bishop is an incredibly long and democratic process. It involves background checks, interviews, psychiatric evaluations, and voting. Starting work on getting nominated in October of 2018, she would eventually be elected June 1 of 2019. When Perry learned she was to be the church's 11th Bishop, she said she was "gobsmacked," first feeling calm before becoming stunned and amazed.

Perry will officially start her work as bishop on Saturday after her ordination and consecration Saturday at the Ford Community Arts Center.