FOX 2 - The new special agent in charge of the FBI in Detroit sat down and talked candidly about white collar crime, violent crime and Jimmy Hoffa.

FOX 2: "Where does Detroit rank when it comes to white-collar crime?"

"I haven't looked at the stats, but definitely the programs we are running, we are hitting on the top echelon of white collar crimes especially when it comes to public corruption arena," said Steven D'Antuono.

Corruption allegations that have been high up on the headlines-an investigation that has netted charges against 13 people as the Feds hone in on the UAW.

"When you start digging into financials, you see a lot of different activity," he said. "And you turn over one rock, you find another rock to turn over and that's how we (went) down that path and you start looking at things. There's a lot to look at. It's not over."

FOX 2: "And more people down the line being indicted?"

D'Antuono joined the Detroit field office in September.  White collar crime is one of his specialties.  It's not just Detroit his office has its eyes on.

FOX 2: "Are there more cases in the pipeline?"

FOX 2:  "And in places we don't necessarily think to look?"

"I'm not trying to paint a picture of corruption in Michigan, it's everywhere. It is in all walks and all areas of the country. But we have to stay vigilant here."

White collar crime aside, he has a message for criminals who terrorize people on the streets every day.

"The violent criminals here? We will definitely be coming after them more and more, because that's what scares our citizenry here and they really need to be taken off the streets," D'Antuono said.

And finally, the case of Jimmy Hoffa. The head of the teamsters disappeared July 30, 1975 outside of the Machus Red Fox restaurant on Telegraph in Bloomfield Hills.

His death, even with hundreds of tips, remains a mystery. 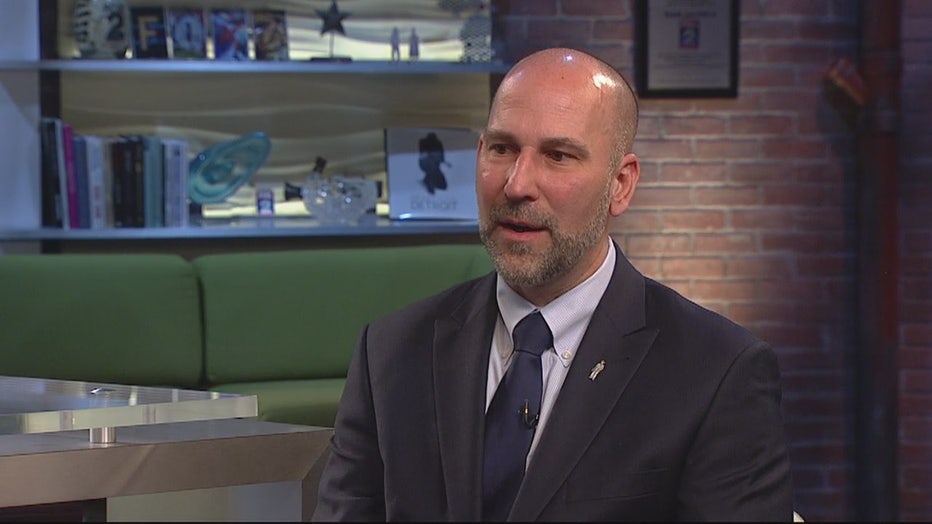 "We still have the Hoffa case open," he said. "And we look at tips and we get tips in. Not too often but when we do, we are looking at it. With Hoffa, it is kind of one of those things where there is a victim's family possibly out there. There are people out there that want to know the answer."

"Not a lot from the investigations on, but we continue to run down the leads," he said. "If there might be some interesting characters in this but a lot of the people have passed away. We would love to have more tips come in if people know this stuff. Credible tips, not someone who is just trying to get their name out."