US Energy Secretary and former Governor Jennifer Granholm 1-on-1

Former Governor and energy Secretary for the US, Jennifer Granholm was back in Michigan Thursday.

One is a future source of renewable energy and the other is a tasty treat. But new research from the material sciences department at Michigan State University reports on a newly-developed material can be used in both.

Chemical engineering professor John Dorgan's innovative new substance is durable enough for building a wind turbine, but also capable of being recycled into numerous other options, from diapers and sinks to cell phone casings and countertops.

"You can take it, shred it, or add more polymers to make computer housing or various consumer goods like speakers, blenders, or gummy bears," Dorgan said when presenting his research to the American Chemical Society.

Dorgan's work isn't just for animal-shaped candy - it solves a tricky piece of the renewable energy puzzle the industry has struggled to resolve: what to do with its burned out machinery.

"Larger wind turbine blades are more efficient, so companies keep making bigger and bigger ones," Dorgan said in a statement. "Often, wind farms will actually replace the turbine blades before the end of service life because the farms can generate more electricity with bigger blades."

And those massive blades usually end up in landfills - an apt symbol for a renewable energy vision still struggling with its goals. According to news reports from 2020, about 8,000 wind turbines were expected to be removed over the next four years.

The new material developed by Dorgan's team opens up the option of recycling the turbines instead of throwing them out.

The material's "molecular flexibility" as Dorgan puts it enables the turbines to be converted into an almost limitless number of materials. It was developed by combining glass fibers with both natural and manmade substances called polymers. Polymers are the building blocks used in everyday objects like grocery bags, water bottles, computers, and toys.

This way, when a wind turbine blade reaches the end of its lifespan, it can be recycled as back to its original state or into something different.

This was put to the test when Dorgan's team attempted to make gummy bears from the resin. They did not disappoint: 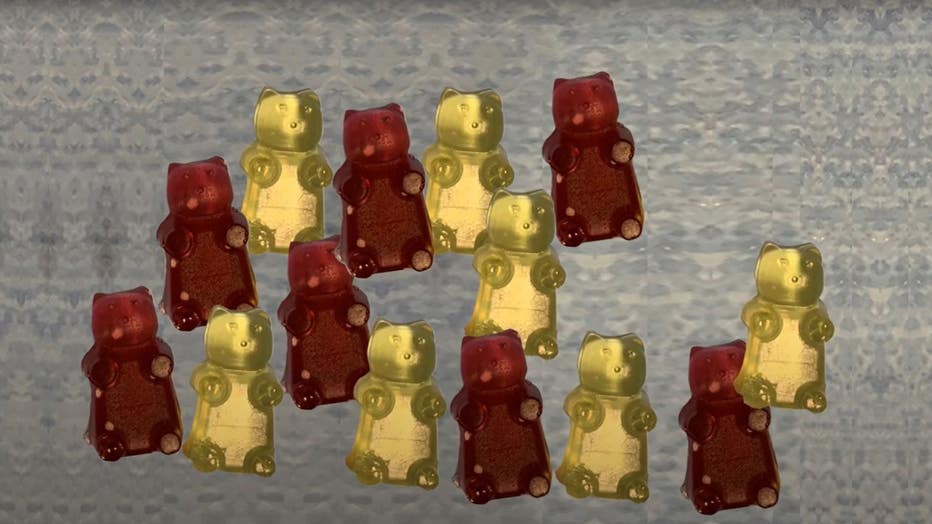 As renewable power takes a more central role in American energy, the industry behind solar and wind power will be looking for ways to perfect their systems. An unbroken loop of raw material that can be made into machines and dissolved back to its original state would be a game changer for construction of renewable power systems.

A limitation to wide scale use is a lack of bioplastic currently being made. "…there needs to be considerable production volume brought online if we're going to actually start making wind turbines out of these materials," Dorgan said.