LANSING, Mich. - According to a new statewide poll, President Donald Trump has a higher job approval rating in Michigan than Governor Gretchen Whitmer.

Citizens were asked to rate the job performance of Trump, who received high marks from 39 percent of responders, but  Gretchen Whitmer, who has had some recent challenge,s got a high grade from 26 percent of the citizens -- a 13 point gap between the two.

On the other hand, 45 percent of responders gave Trump bad marks while Whitmer received them from 33 percent.

In a statewide poll, only 26 percent of voters approved of Gov. Whitmer's job performance in the state. That's 13 points less than President Trump, who voters gave a 39 percent approval rating of.

The governor has spent the last year promoting a tax increase to fix the roads, but her message has not resonated with a majority of motorists -- 60 percent believe the governor should not raise taxes but use existing state dollars for road repairs.

She argues taking $2 billion out of the state's checkbook could result in closing prisons, reducing state aid to schools, and reducing other essential state services. Only 39 percent agree with her on the need for a road tax hike.

Meanwhile in the U.S. Senate race, for the second time in a week, the Vanguard, Denno, Public Sector Consultant survey shows a dead heat between incumbent Democrat Gary Peters and GOP challenger John James. Peters at 39.5 percent and James at 39.3 percent. 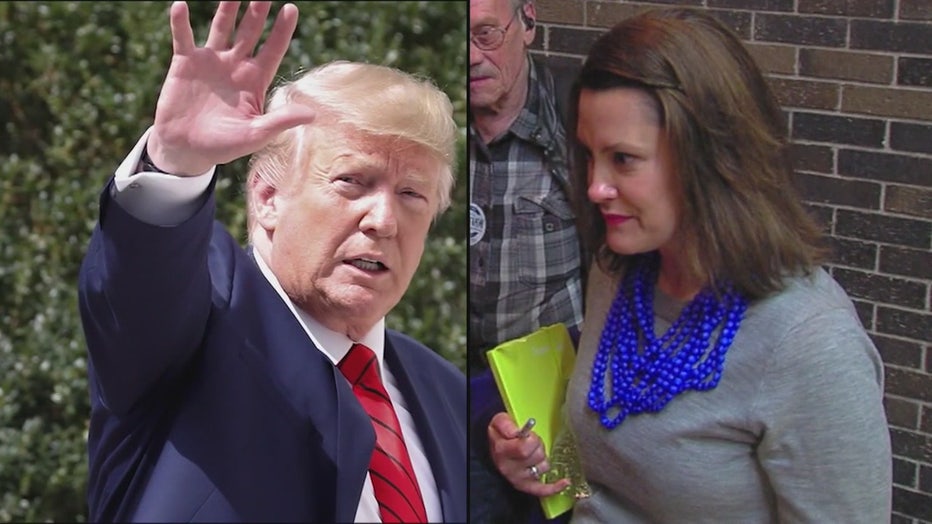 For over a year, the Democrats have tried to link James to Trump, hoping that the president's unpopularity will rub off on James. Apparently, that has not worked.