(FOX 2) - For humans, indigestion is uncomfortable. But a new study finds that when it comes to cows, indigestion could have a significant impact on our climate.

"It's been known for a long time that cows, livestock in general, as well as big herds of reindeer and if we had big herds of buffalo, are all emitters of methane," said Richard Rood, a professor of climate science at the University of Michigan.

Methane is a greenhouse gas and cows produce a lot of it in their four stomachs - 90% through burps and the other 10% through, well, the other side.

"It is a greenhouse gas, which means it holds energy close to the surface of the Earth just like Carbon Dioxide. It's actually a more potent greenhouse gas," Rood said.

A paper published in Trends in Ecology and Evolution introduced a new theory that when cows are infected with parasitic worms, the increase in methane could jump as high as 82%.

"It's also viewed by those who think about controlling gases as a way, if we were to control methane emissions better, we could slow down the rate of warming," Rood said.

It's called a feedback loop. Cows with parasites push out more methane. More methane then accelerates climate change, and a warmer climate is then more conducive for these parasites to breed. And more parasites infect more cows, which keeps the cycle going.

"The role of livestock in climate change is one of the most controversial that you will find. There are those who claim an enormous amount of impact from livestock and those who claim something that's much more modest," Rood said.

But this new report states that a worst-case scenario would be if every animal got sick methane emissions from livestock would rise by 52% globally.

"The methane of decays - now it turns into Carbon Dioxide, so it does not just go away." 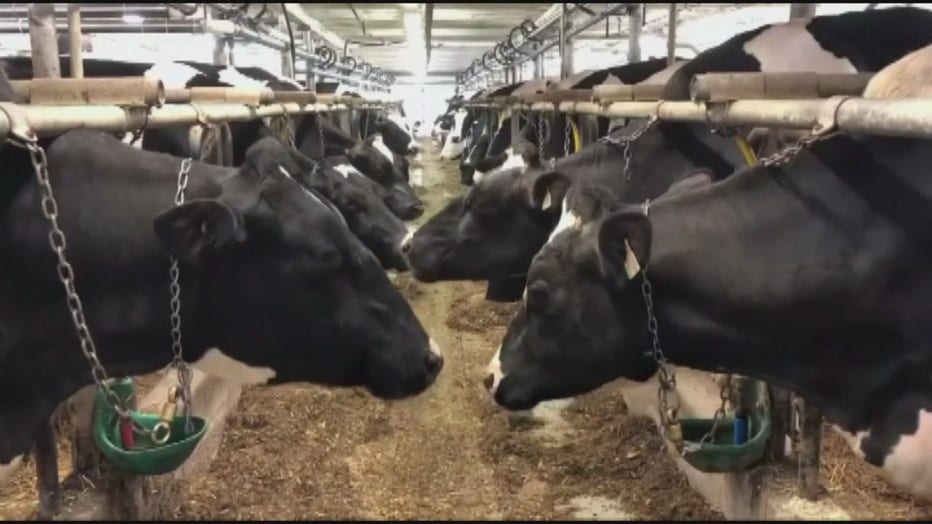