FOX 2 - This "Cyber Monday" it may not just be you, excited for those deals - and later, for those packages to arrive. 'Tis the season for thieves.

"As a result, there will be porch pirates running around our state, stealing people's goods," said Sen. Pete Lucido (R-Shelby Township).

Porch pirate season is upon us despite new laws

"People should be aware, the packages will start being delivered this week and next week," said Sgt. Meghan Lehman.

But this year there are some tougher penalties for those pesky porch pirates after Gov. Gretchen Whitmer signed Senate Bills 23 and 24 into law in September.

"You're talking about millions of packages that are being delivered a day and the feds just didn't have the resources," Lucido said.

Lucido - who sponsored one of the bills says - first-time porch pirates could face a misdemeanor charge, that's up to a year in jail and a $500 fine.

"If it's a piece of mail that you think has no value, it will be a one-year misdemeanor," Lehman said.

For the second offense - it's a felony. Those thieves could get up to five years in prison and a $1,000 fine and double after that.

"If you did it the first time, you learn," Lucido said. "If you do it a second time, shame on you."

Troy police noticed an uptick in porch piracy over the last few years - especially during the holidays. Just last week, police say someone ripped open a package - and stole an Apple watch. That thief is still out there.

Troy police say what has helped it catch a lot of these porch pirates is Ring Doorbells and surveillance cameras.

"Just the existence of it, just the fact that a criminal might see that camera, that could be a deterrent by itself," Lehman said.

"You should have no business taking things that don't belong to you to begin with," Lucido said. "Don't do it. it's your problem and it's going to be your time." 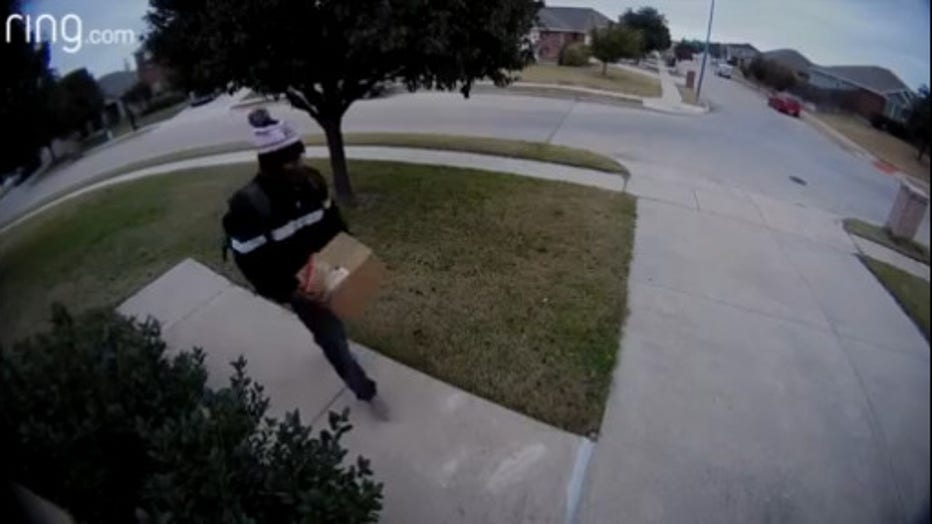