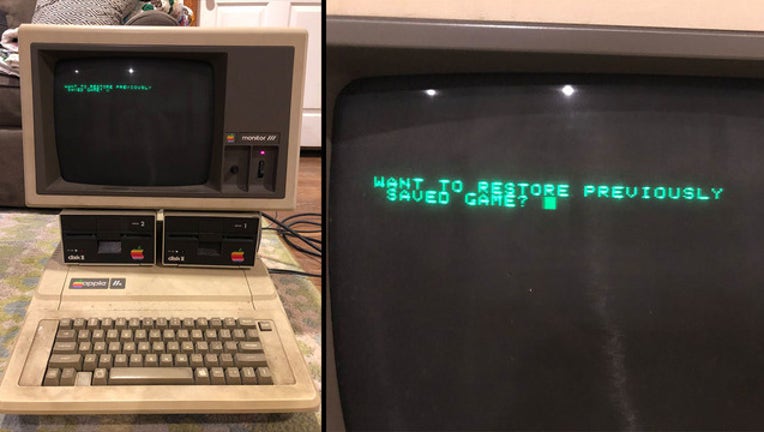 John Pfaff dusted off an Apple IIe (2-E) that he found in his parents’ attic. The surprising part: the computer was working.

Not only was it working, but the decades-old technology asked him if he wanted to restore a saved game. Pfaff said the discovery made him feel like a kid again, and he tweeted updates of his nostalgic encounter.

He said he found multiple floppy disks with several different games, including Olympic Decathlon. He also found a letter from his later father that was written in 1986, when Pfaff was just 11 years old.

Apple IIe (2-E) was the third model in the Apple II series and was released in 1983.

FOX 13 reported on this story from Tampa.