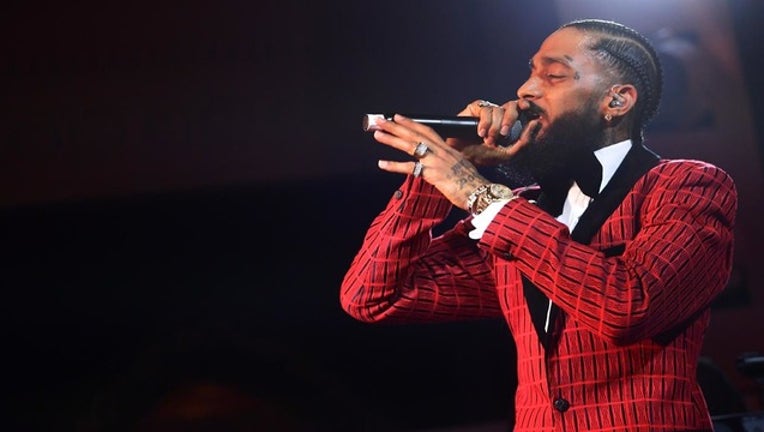 LOS ANGELES (FOX 5 DC) - A memorial service for slain rapper Nipsey Hussle will be held this week at the Staples Center, according to reports.

According to TMZ, the service will take place Thursday morning, and tickets for the event will be sold through a website.

The 33-year-old rapper was shot dead last Sunday outside of his clothing retail store Marathon Clothing Company in Crenshaw.

His death sent shockwaves throughout the hip hop community.

Hussle was born and raised in the Crenshaw neighborhood of South Los Angeles.

The father of two opened the shop back in 2017.

The rapper broke on to the U.S. Billboard's Hot 100 when he was featured on fellow rapper YG's 2012 hit "Snitches Ain't" with Tyga and Snoop Dogg. Nipsey Hussle's debut studio album Victory Lap was nominated for a Grammy Award for Best Rap Album in 2019. Cardi B ended up winning the Grammy Award for her album Invasion of Privacy.

The man suspected of shooting him, Eric Holder, was arrested Tuesday and pleaded not guilty on Thursday.