Livonia school trustees listen to arguments for - and against - masks

Livonia school leaders met to discuss it Monday night and were met with no shortage of opinions - some by residents who don't have children in the district.

LIVONIA, Mich. (FOX 2) - Masking children in schools has become a charged topic with fall around the corner. Livonia school leaders met to discuss it Monday night and were met with no shortage of opinions - some by residents who don't have children in the district.

The school board said it was not voting on the issue, coming to a recommendation before the entire district as a whole decides - which could be as soon as this week.

Warren Consolidated Schools will be requiring masks for staff, students no matter their vaccination status.

Dozens of people were in attendance - some for masks in the classroom others against it.

"I do not want my child in a mask," said one woman. "He is in third grade, he needs to see his friends' faces, see their smiles, interact, be rambunctious outside at recess, and have a great time without a mask."

"I can tell you as a health care provider, we're all pretty exhausted," said another parent. "It has been quite a time. I am here to say masks work, they help prevent the spread of this terrible disease and it is not really a personal choice at this point.  It is a community choice - and it is a choice to protect everyone else."

People were given a limit of three minutes at the podium.

"Parents, you have the power, the bucks," said one woman. "Dollars mean something, And you can walk away.  And you don't have to be forced to put masks on your children." 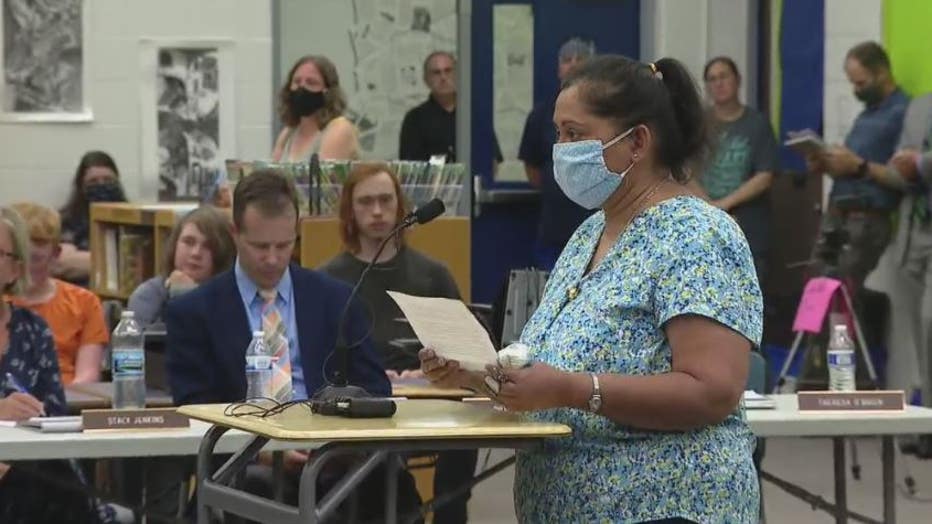 Another woman addressed the board who said her husband died of COVID-19. She is both a parent and a teacher in Livonia.

"I find it funny that people argue against a mask mandate saying it is not God's will, it's 'My body, my choice,'" she said. "If someone asked me to do something that would possibly even save one person's life, in my eyes that is what God would be proud of."