FOX 2 - "Mom said go out in the field and feed the eagles," said Fred Falting. "Truth be told, we all started rolling our eyes - like that was going to draw them in."

Fred says he cuts back the hide and brings the deer carcasses to the field - so the majestic birds can feast. He has a collection of breathtaking images of them.

It sounds pretty gross leaving dead animal scraps behind for bald eagles, but Falting says his mom was right. One after another, bald eagles would start feeding off his family's 80 acres of land on Marion Center Road in Charlevoix County.

"As the years progressed there were more and more deer and then there is not enough deer killed for hunting season so how do you get more deer - roadkill," Falting said.

Roadkill we spot on the side of the road can be pretty tough to stomach. Now imagine if you were in search of it.

Falting now makes it his mission to drive throughout northern Michigan searching for deer carcasses on the side of the road. He says it's just like hunting deer - but they're already dead. 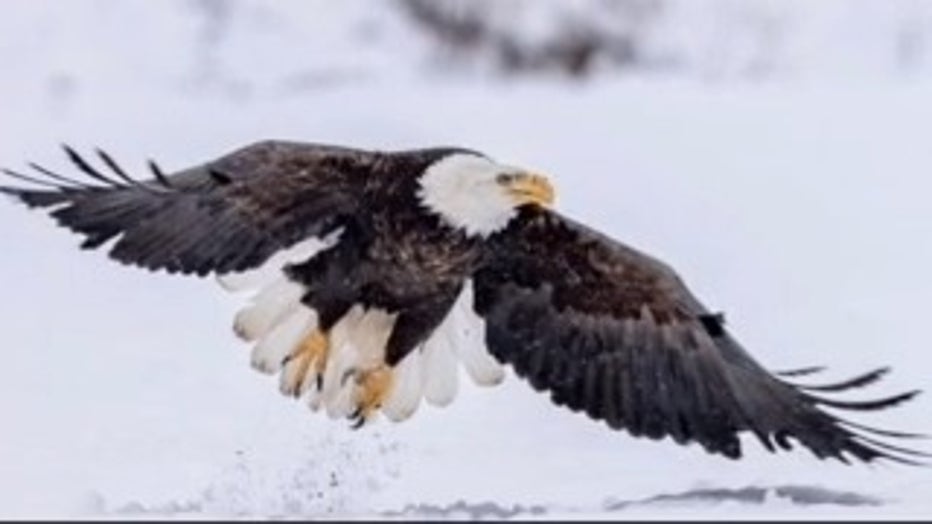 "I have kind of weak stomach and even two masks isn't enough," he said.

So Fred slaps on his respirator mask and goes to work. He uses an apparatus on the back of his vehicle to lift the dead animals into the bed of his truck.

FOX 2: "Does anybody say anything to go when they see you pick up dead carcasses on the side of the road?"

"The majority of people it is cool," he said, "If I talk to them face-to-face. The other day I was getting one and a total stranger came and helped me. And I'm like dude, I'm picking up and the deer wasn't in the best shape. He grabbed it and helped me. He said, 'Right on man that is really cool.'" 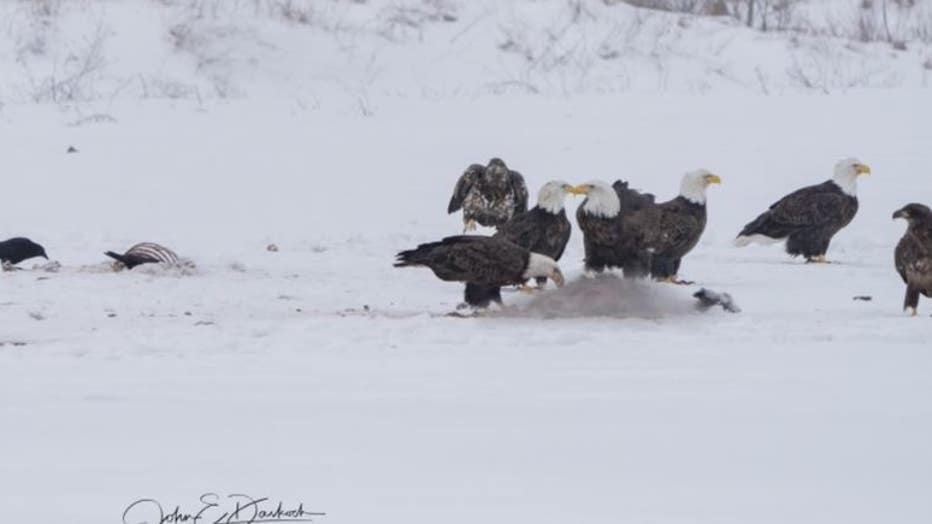 Fred says he cuts back the hide and brings the deer carcasses to the field - so the majestic birds can feast. He has a collection of breathtaking images of them.

"It's really cool hearing them when they are crying next to each other and when they are fighting," Falting said. "I kind of talk to them all the time not like I'm weird - like, 'Guys there is plenty of meat, why you fighting, can't we all get along?'"

A few years back Fred and his dad cut down a dead tree. They placed it in the middle of the land so the eagles would have somewhere to perch which has not only brought in the birds, but people and photographers. 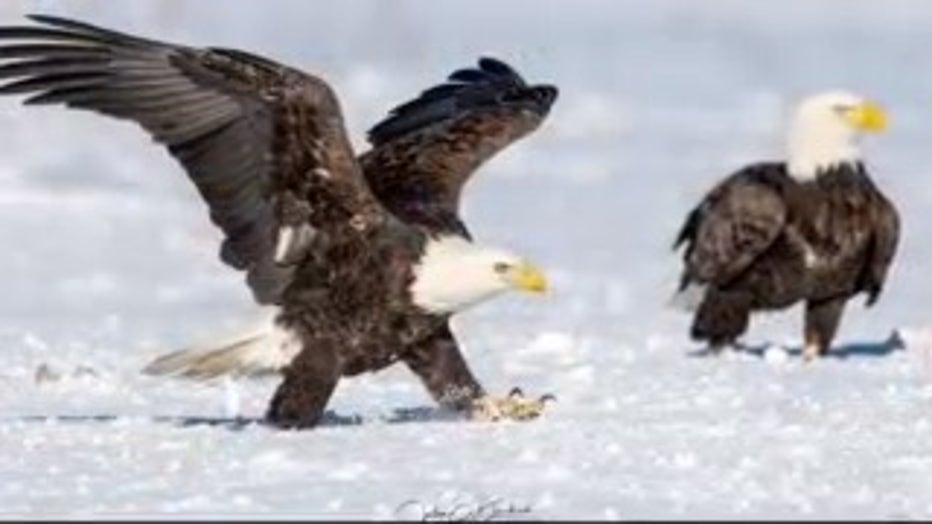 "Could you imagine people here in Michigan who have never seen a bald eagle in person," he said. "And now they will see one 30 yards away."