WARREN, Mich. - As discussions between General Motors and the UAW oscillate between "maybe closing on a deal" and "we're not anywhere close" those caught in the middle are beginning to show signs of wariness.

Naturally, you've heard about the auto workers picketing and the revenue declines experienced by GM. Local businesses that serve the workers food and supplies are also hurting. Heck, there are even concerns from some that Michigan could witness a slight recession if the labor union and the auto company can't resolve their differences.

Next on the financial chopping block could be suppliers and dealerships. Although if you ask them, they came prepared.

"Well I think the big thing we're looking at is just the availability of parts," said Paul Stanford, president of the Les Stanford dealership.

Could the UAW strike delay the release of the new Corvette?

Now in its fourth week, the UAW strike has already hit automakers, union workers and ancillary businesses that cater to auto workers. Now, suppliers and dealerships are starting to show on the fringes of groups worried about the fallout from the strike. While General Motors prepared for the strike by stocking up on pickup trucks, there's now concerns the unveiling of the company's new Corvette may be delayed.

Dealerships often hang out at the end of the supply chain link, where customers can go get their cars fixed and have parts that need to be replaced mailed to. Les Stanford stocked up on parts in the event a strike hit the market.

Located in Dearborn, their parts department is stocked by suppliers that ship parts all around the country. Weston said that for the most part that process hasn't been disrupted, although customers may need to be a little more patient at times.

"We have to get them from different areas from across the country," said Weston Stanford. "Shipping becomes a little bit of an issue and it might take a little bit more time. Good thing is we do have loaners so the customer's not out on transportation and they still have something to drive."

Les Stanford isn't just known for their apparent preparation, however. They're also the largest Corvette dealership in the Midwest - dubbed America's Corvette King. And some are starting to worry the strike may delay their newest toy from hitting the metaphorical shelves: the C-8 mid-engine Corvette. Its radical departure from the traditional design of old Corvettes stirred up news when it was announced. It has a base price of $58,000.

Don't count on Paul Stanford being among those worried about its release, however.

"Well, probably not until January I'm gonna guess, maybe mid-December. It depends as production starts December 2," he said. "So we've got time and I think the engineers can look at the car, refine it, make sure everything's okay with the car and it will come out perfectly."

The car will be built in Kentucky. But before it can be released, the factory has to be retooled to build the car. But another delay is the strike.

Now on day 23, the issues at play between negotiators include wages, health care, factory closings and the employment status of temporary workers. Those striking are now starting to shop at food pantries, living on a $250 union wage to help buoy them through the strike until paychecks start coming in. 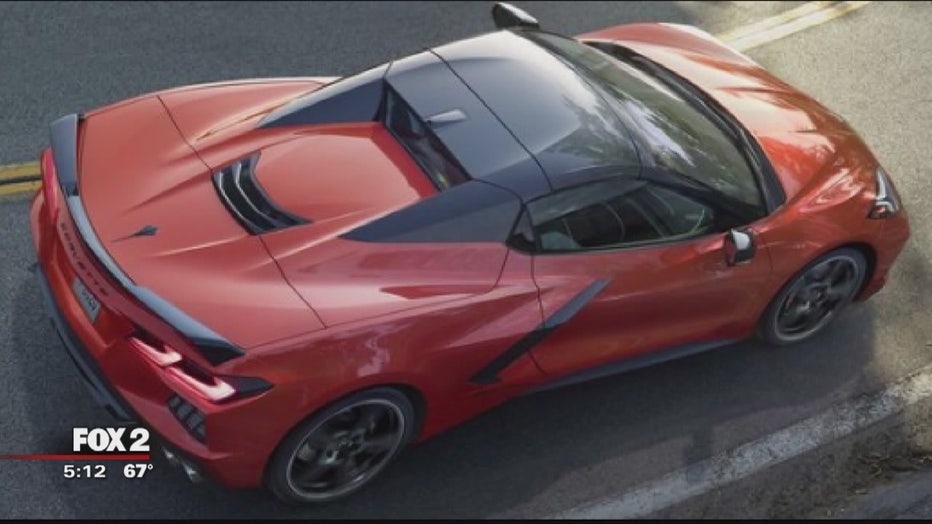 At the end of the day, we're going to see this car coming to us and it's going to be what you expect and I can't say anymore," said Paul Stanford.