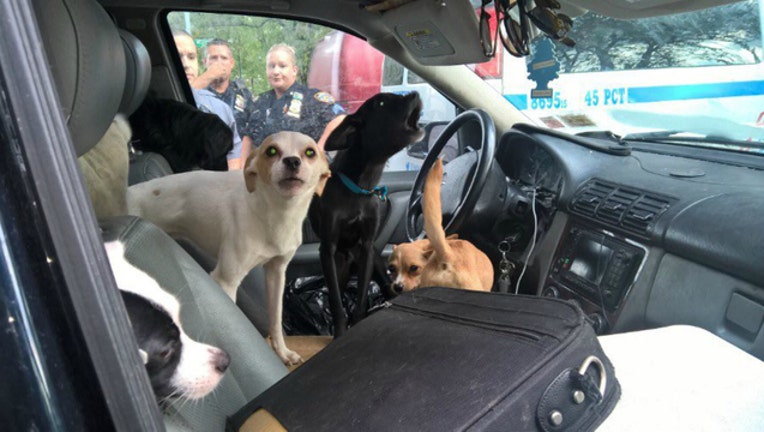 NEW YORK (AP) - Authorities in New York City say they've rescued 22 dogs that were living with their owner in filthy conditions inside a Mercedes-Benz SUV.

New York Police Department officers alerted by a concerned citizen earlier this week found the 54-year-old woman and the dogs living inside the vehicle in the Bronx.

Authorities say a 4-year-old German shepherd named Bruno and 21 puppies were living in filth and needed medical attention when officers found them. Investigators say they believe the dogs lived their entire lives inside the SUV.

Two rescue groups are caring for the dogs. It's unclear when they will be available for adoption.