PONTIAC, Mich. - Following an incident that left one animal shelter worker injured and a dog dead, officials with the Oakland County Animal Shelter have changed their policies to ensure a similar scene doesn't happen again.

Three weeks ago, at the animal shelter on Telegraph Road in Pontiac, surveillance video caught an inmate that was assigned to clean an area of the shelter allowing a dog out of the cage. The dog's name is Roscoe and had been placed in a quarantine room after he had bit his owner and her two kids. The quarantine of Roscoe was further extended after he bit an Animal Control Officer at the shelter and the family refused to relinquish control of the animal to shelter officials.

The Oakland County Animal Shelter has implemented new protocols at its facility following an incident that led to a vicious bite from a dog before it was shot and killed.

Realizing something is wrong, staff members told the inmate to leave. Once a staff member enters the room, Roscoe charges at them. It's the same officer that the dog bit when he arrived at the shelter.

After the charge, the eventual victim Shelley Grey enters the room to put the dog in the cage.

"But the dog wants no part of that and instead, the dog rushes toward Shelly and now has latched on to her right hip," said Bob Gatt, manager of the Oakland County Animal Shelter later on.

Efforts continue to remove the dog from Grey.

"The dog is going to let go of her hip and now has her by the arm," Gatt said. "Ms. Grey is yelling 'shoot the dog.'"

Roscoe is shot once in the head and Grey is taken away for treatment. But when a staff member returns to the room, the dog is now up and alert, before being shot again, dying from its injuries. 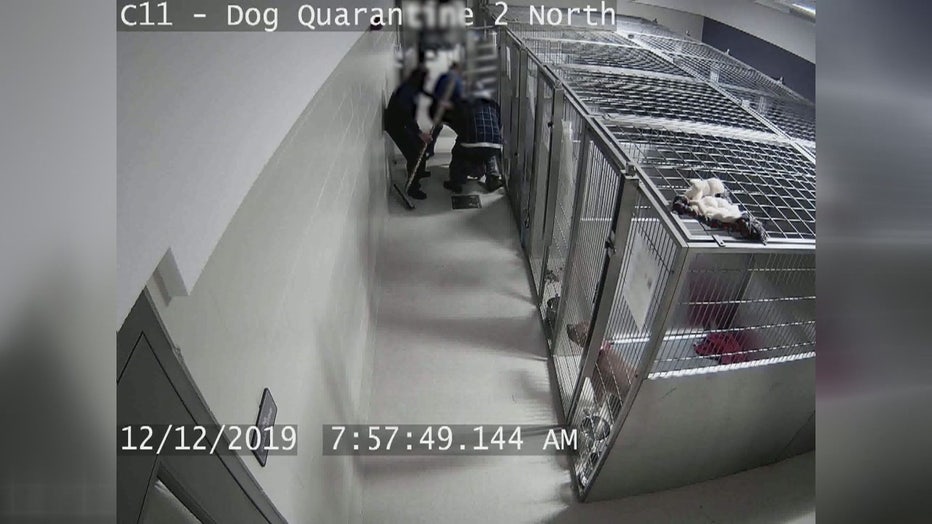 While Grey is home recovering, Gatt said the shelter changed its protocol.

"All cages in our quarantine rooms now have double locks. There's no physical contact by jail inmate workers in quarantine rooms.," he said. "We want to do everything we can to see that something like this never happens again."