They argue that inmates aren't being protected from COVID-19, and that for some, remaining behind bars could become a death sentence.

Civil Rights and racial justice groups have sued the Oakland County Jail in federal court calling for the release of medically vulnerable inmates who could be in dire straits if they contract COVID-19.

"This is a dire situation," said Krithika Santhanam, attorney with Advancement Project's national office. "If we don't act swiftly, folks will die. And that point can't be stressed enough."

Civil Rights and racial justice groups have sued the Oakland County Jail in federal court calling for the release of medically vulnerable inmates who could be in dire straits if they contract COVID-19.

"I'm concerned, I'm worried about my child because he can get infected and I know if he gets infected in there he's not going to get the proper care," said Teresa Drake. whose son is incarcerated. "My son has kidney damage and liver damage and from my understanding, he has high risk for corona virus."

The infected inmates are in quarantine. Those bringing the lawsuit say not enough is being done prevent an outbreak.

"The shared toilets and showers are filthy, filled with insects, dirt and clumps of hair," said Phil Mayor, ACLU attorney. "People have to sleep on concrete floor without bunks nearly cuddling each other. Next door, people who are being quarantined are held in the exact same conditions."

"Ultimately we don't think the Oakland County jail can do the single most important thing the CDC and medical experts have urged as the only way to protect from exposure and transmission which is social distancing," said Santhanam.

A federal judge issued a temporary restraining order Friday demanding certain protections for inmates be put in place within 10 days.

The sheriff's office says they've been doing everything the judge ordered, except for providing inmates with hand sanitizer.

"You know most hand sanitizer has 65 to 75 percent alcohol in it," said Undersheriff Michael McCabe, Oakland County Sheriff's Office. "We had hand sanitizer in several areas of the jail and we had to take it out. They were drinking the hand sanitizer. We had four inmates who became intoxicated." 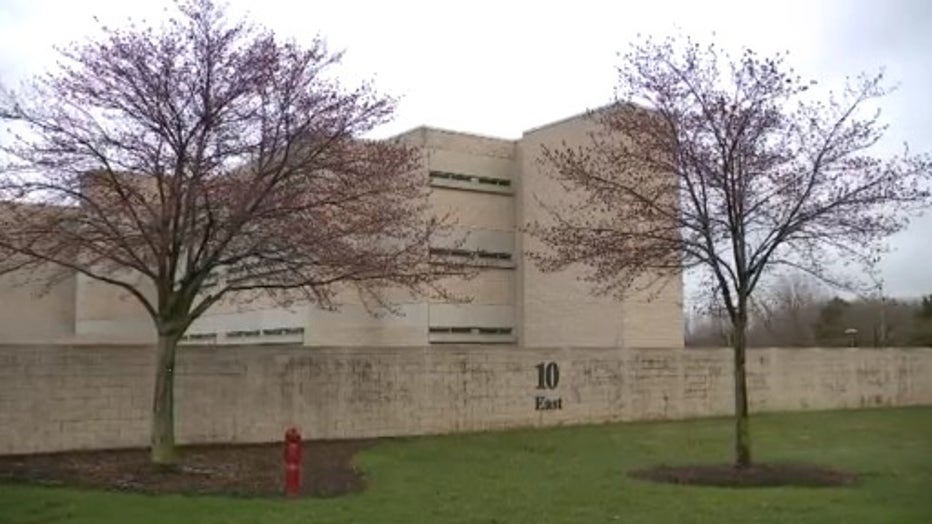 McCabe says the jail sent the names of 29 inmates with underlying health conditions to district and circuit court judges to be released and 20 of them were.

He went on to say the jail, which has been on lockdown the past three weeks, is one of the cleanest in the Midwest. The kitchen was shut down and they are giving inmates bagged lunches to prevent the spread of COVID-19 and come Monday they are bringing in prepped meals for inmates at three times the cost of their normal food service.

"We're working diligently to make sure the facility is clean that they are receiving the medical care that they need," McCabe said, quipping, "for the attorneys who filed the lawsuit we've come up with a program called 'Adopt a con.' If they want, we can gladly turn them over and they can put them in their basement. how's that?"

The Oakland County Sheriff’s Office says a few of its deputies who tested positive and went into quarantine were able to get back to work.