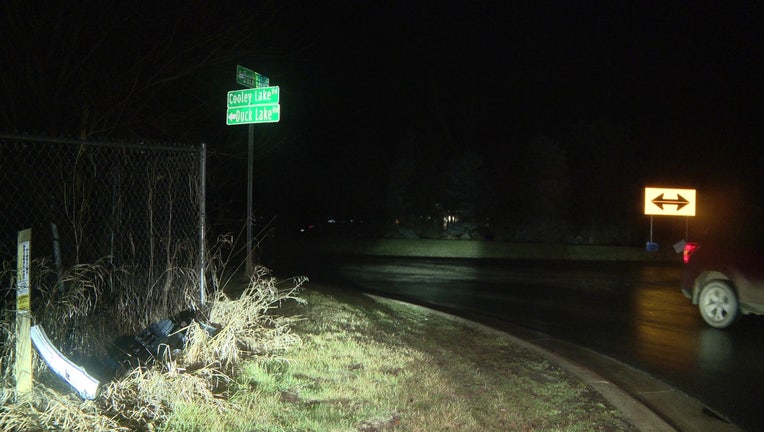 The Oakland County Sheriff said a 16-year-old is dead after his car was hit by a school bus on Thursday.

HIGHLAND TWP, Mich. (FOX 2) - A 16-year-old from Highland Township was killed Thursday afternoon when authorities said he turned left in front of a school bus.

James Shenberger, 16, has been identified by the Oakland County Sheriff's Office who wsa killed Thursday afternoon on Duck Lake Road.

According to the sheriff, Shenberger was driving a 2008 Chevrolet Cobalt and turned left from Duck Lake Road onto Cooley Lake Road around 2:10 p.m. on Thursday.

The bus was heading east on Cooley Lake Road and the sheriff said Shenberger pulled in front of the bus.

Shenberger was wearing a seatbelt. He was pronounced dead at the scene.

The 62-year-old school bus driver and two passengers were not hurt.

Alcohol and drugs do not appear to be factors in the crash, which is still under investigation.

Teen killed in crash after turning in front of bus, sheriff says

The Oakland County Sheriff said a 16-year-old boy was killed this week when he was hit after pulling out in front of a bus.