A disagreement during negotiations between Oakland University and professors led to a strike on the first day of classes.

ROCHESTER HILLS, Mich. (FOX 2) - Oakland University students spoke about their frustration and uncertainty Thursday as many of their professors walked off the job after their contract expired Wednesday. Today was the first day of the Fall Semester.

"As a consumer - the student - we’re paying for this," said Tait Sapienza, a senior. "It affects us the most, I know the faculty and staff it’s their job but ultimately it’s my future."

"For me (my classes are) coming partially out of my pocket, so, we don’t have class today so it’s kind of waste of money," said Jaliyah Langford, a junior.

Many professors were found picketing near campus, making their voices heard as virtual contract negotiations continue.

The Union representative for the American Association of University Professors says there are two major issues at hand.

"Of who controls the curriculum," said Karen Miller. "They want to be able to just say, we really don’t need this department anymore let’s just get rid of it."

The other main issue is money.

"Newer faculty have been hired in at salaries that are higher than the faculty who are already here," Miller said. "What we want to do is compensate for the lack of raises last year. Also, Oakland University staff compared to other state universities or institutions are underpaid, so we wanted to have a slight lessening of the difference."

A university spokesperson addressed the strike.

"When you have negotiations there is give and take on both sides," said Glenn McIntosh, senior VP of student affairs. "What I am hoping for is that we meet somewhere in the middle."

As negotiations continue, students are being told to show up for the first 15 minutes of class in case their professor shows up. The university also sent out a letter informing students that they are responsible for all coursework delivered during, and after, the contract negotiation period.

"I was confused by that too," said Malakhi Harrigan, a sophomore. "I know a few teachers put out a syllabus but a lot of teachers did not, so it’s like we don’t know what to do."

"II just hope that they will remain at the bargaining table until an agreement is reached in good faith to make sure that they come up with a fair agreement," said State Rep. Regina Weiss (D-Oak Park). 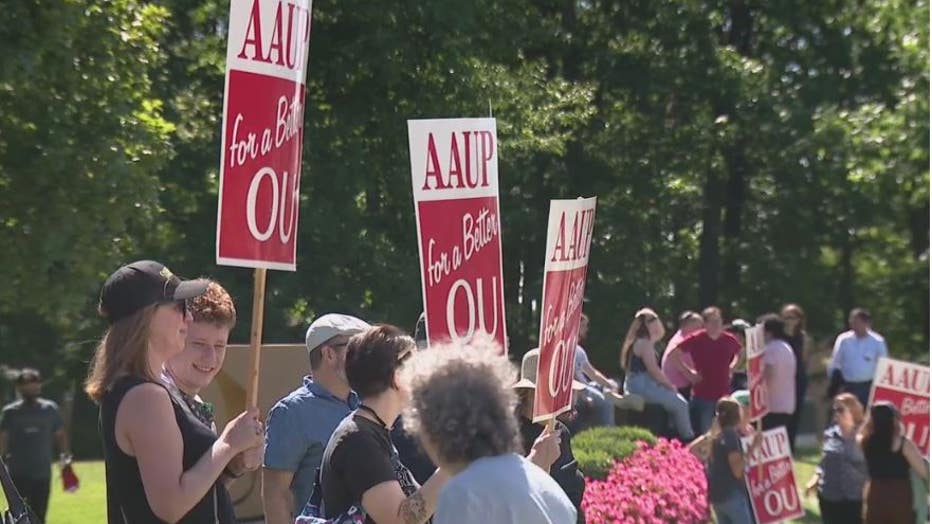 "We value our faculty, our staff, students, and administrators, and I would like both sides to just take a step back from the bargaining table and think about the main reason we are here - and that is to help educate students," said McIntosh.