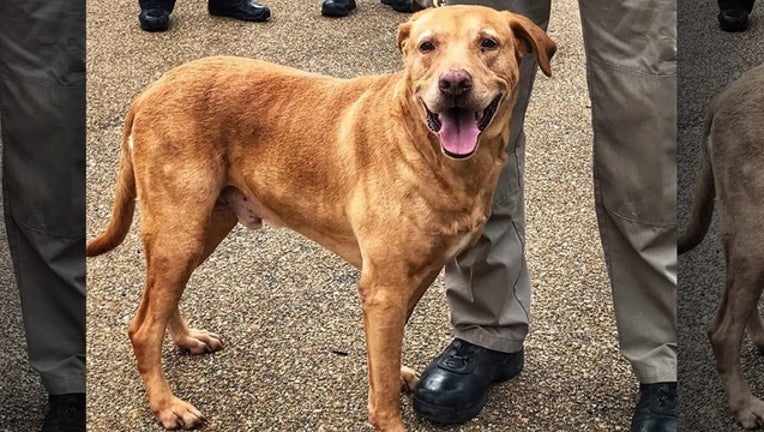 (FOX NEWS) -- A Mississippi officer has been demoted from the K-9 unit to patrol duty after taking his retired four-legged partner to an animal shelter to be put up for adoption.

Ringo sniffed out drugs for the Jackson Police Department for nine years until the dog's retirement this past October. Nevertheless, the Labrador retriever had to be rescued recently from the Webster Animal Shelter in nearby Madison, Miss., by the man who trained him to be a police dog, WLBT-TV reported Friday.

“I don’t know that there is a word for being both hurt and mad, but I was both of them. And I still am," Randy Hare, owner of the Alpha Canine Training Center, told the station. "You know it’s just, you just don’t turn your back on something like that--that’s been with you for nine years.”

"The Jackson Police Department respects and holds our canines with high regard just as we do any other officer within our department," a police spokesman said, per the paper. "They are family, and we do not feel they deserve anything less than a loving home in retirement."

According to the department, Ellis had been reassigned to a patrol car.

The department celebrated Ringo's retirement "from a job well [done]" on its Facebook page in late October.

"They served the city very well,” Detective Anthony Fox said at the time, according to the Clarion-Ledger. “Hundreds of thousands of dollars, uncountable seizures with narcotics. They can be a dog now."