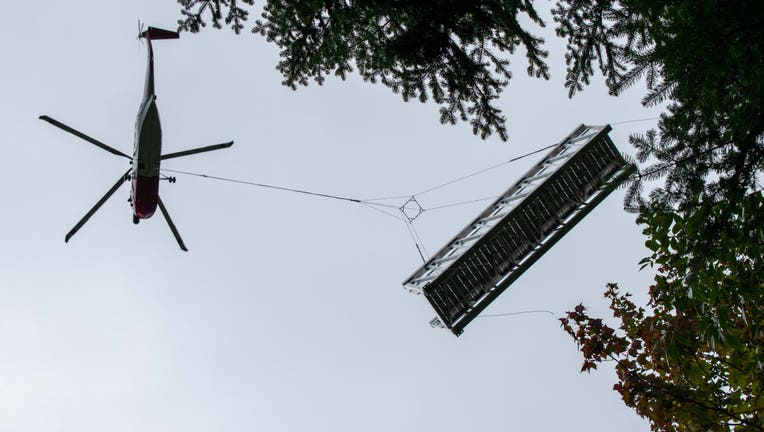 CHIPPEWA COUNTY, Mich. - With the aid of construction workers and a helicopter, crews helped construct a bridge at Lower Tahquamenon Falls in northern Michigan.

The 142-foot bridge, which is expected to open in October, will grant visitors easier access to an island at the waterfalls. It was previously only accessible by rowboat. 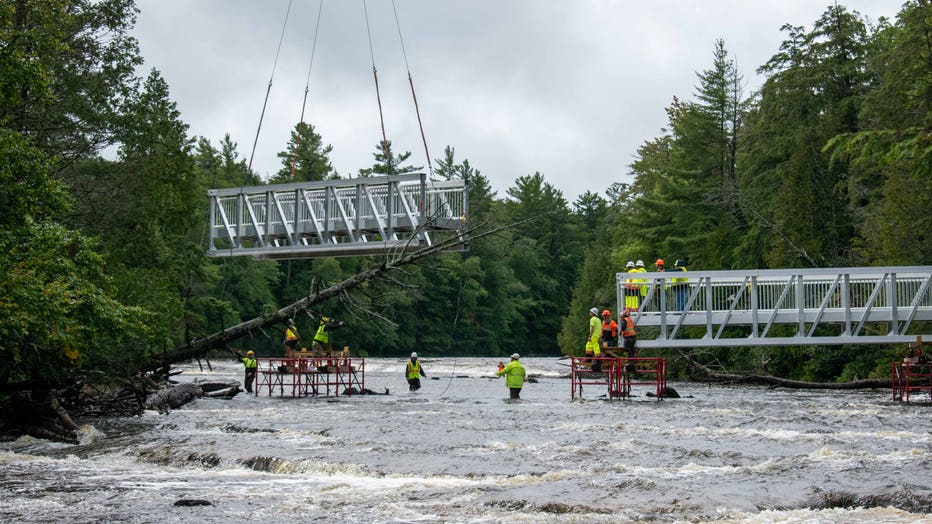 It took four hours to install the bridge pieces, which is part of a $1.28 million project paid for by the Department of Natural Resources.

The bridge pieces were originally manufactured in Florida. Then, all four sections were trucked 1,500 miles north to the park, arriving in early September.

Crews got to work Sept. 8 after a rain delay and had a helicopter pick up each piece of the bridge where they were staged at a nearby parking lot. 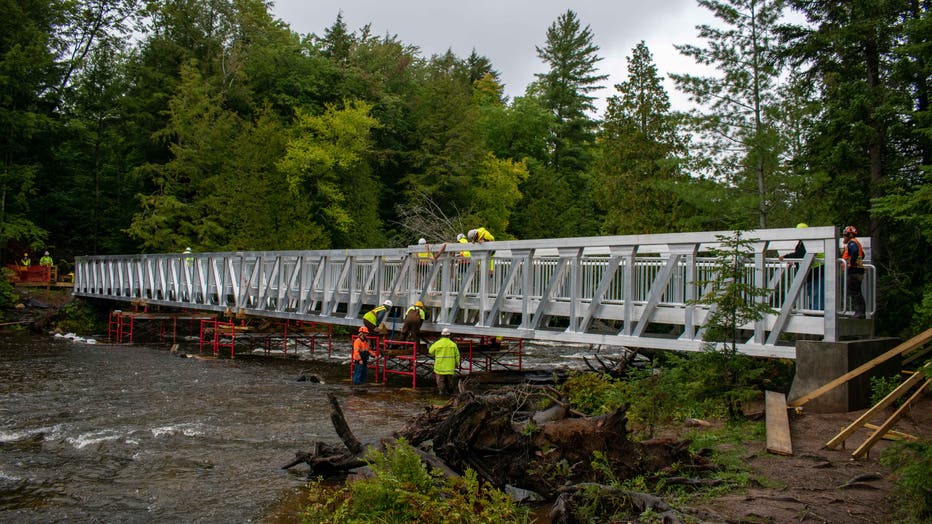 From there, each piece was carried 700 yards to a temporary abutment intended to hold the pieces together prior to the bridge's final installation. It took about four hours to set everything up.

The October opening for the bridge follows years of support for increasing accessibility around the park.

In 2017, a park management plan reported 80% of respondents to a survey said they would be more likely to visit the secluded island at the lower falls if a bridge had gotten put in.

The little island has a trail that grants better views of the lower falls, which is part of two sections of the river with falling water. The lower falls consist of a series of five smaller waterfalls that cascade around the island.