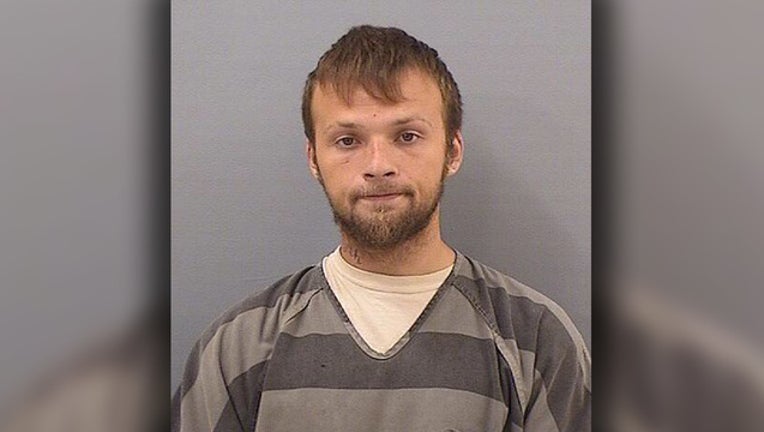 NASHVILLE, Tenn. (AP) -- The man suspected of killing his parents and five other people in two rural Tennessee homes stole the car of one of the victims and was wearing a blood-stained T-shirt when he was seen, telling acquaintances the stain was just chocolate, according to authorities and court documents.

Law enforcement agents arrested 25-year-old Michael Cummins on Saturday about a mile (1.6 kilometers) from one of the two crime scenes at separate homes in rural Sumner County. He was shot and wounded while being taken into custody after authorities spotted him in a creek bed.

Tennessee Bureau of Investigation Director David Rausch called the two crime scenes "horrific" and "gruesome." He didn't elaborate on the manner in which the victims died, but said the attacks are believed to have taken place over more than one day.

An eighth victim, another relative, remained hospitalized in critical condition.

Cummins has a lengthy criminal record and had multiple court-ordered requests in the past to undergo mental health checks.

A court filing Monday said Cummins was in violation of his probation, which stemmed from a conviction for attempted aggravated arson and aggravated assault in which in September 2017, he set his neighbor's home on fire while she was inside and shoved her and pulled her hair while he was holding a gun, court documents show.

At the time of his 2017 arrest, he said that "if I get out of jail, I'll go down there and do it again," and later, when authorities asked about that statement, said that "when I get out, I'll finish the job," according to the documents. The neighbor was not one of the seven people named as deceased.
Cummins in part violated his probation because he didn't comply with a required mental health evaluation, one document shows. In the arson and assault case, a judge had reduced his 10-year prison sentence to 10 years of probation in January - after his conviction in July - on the condition that he receive the mental health evaluation and not contact his neighbor.

"This is one of the most horrific cases I've ever had to encounter and deal with," said Whitley, the district attorney general in Sumner County since 1980.

Arrest warrants for Cummins were filed Monday on a charge of criminal homicide for at least one of the deceased and a charge of theft of property over $10,000.

Authorities have said the initial discovery of four bodies and an injured person stemmed from a 911 call from a family member Saturday. The injured victim was transported to the hospital with unspecified injuries. On Sunday, according to a TBI statement, the bodies of two more victims were found at the home.

Another body was found Saturday at another home in the area. Authorities believe the two scenes are related. The slayings occurred near the town of Westmoreland, not far from the Tennessee line with Kentucky.

Authorities have not said what kind of weapon was used. Fehrle appeared to have "blunt force trauma to her face" and other injuries to her extremities and her car was the one stolen and found abandoned in a creek bed, the affidavit says.

Additionally, Cummins told his acquaintances that the blood on his shirt was just chocolate, the affidavit says. He also told them that "if anything goes down, he would get blamed for it and was saving a bullet for himself," the affidavit says.

On Saturday, TBI spokesman Josh DeVine said at least one officer fired at Cummins after he emerged from the woods. Cummins is believed to have produced multiple weapons and the situation escalated, DeVine said.

None of the responding officers were hurt.