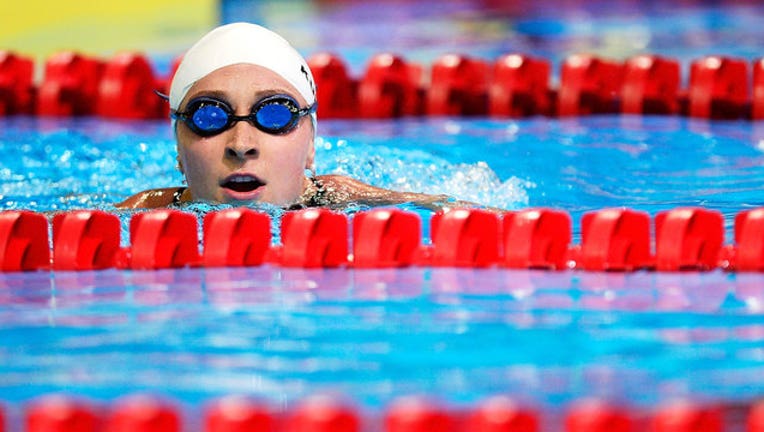 Ariana Kukors swims to the side of the pool after she competed in preliminary heat 13 of the Women's 200 m Individual Medley during Day Three of the 2012 U.S. (Photo by Jamie Squire/Getty Images)

Kukors Smith filed the lawsuit in Superior Court in Orange County, California. She alleges Sean Hutchison, who began coaching her at a swim club near Seattle, groomed her for sexual abuse when she was 13, started touching and kissing her when she was 16 and engaging in sexual activity with her when she was 17.

Hutchison has denied the allegations and has not been charged with a crime.

Kukors Smith, the 2009 world champion in the 200-meter individual medley who placed fifth in that event at the 2012 Games, told reporters that "by doing nothing," USA Swimming "enabled Sean Hutchison to abuse me for a decade."

USA Swimming hired a private investigator to look into rumors of a relationship between the two in 2010. The organization said it closed the investigation without finding any misconduct after they and others denied the relationship.

The lawsuit says top USA Swimming officials knew in 2005 of allegations of Hutchison having inappropriate relationships with underage swimmers, including Kukors Smith, who was then 16.

Top officials at the governing body, according to the lawsuit, also manipulated a background screening system to shield coaches accused of abuse.

"Those at USA Swimming need to change the culture of protecting predator coaches over young and vulnerable athletes such as myself," Kukors Smith said.