A prominent Macomb County attorney finds himself on the wrong side of the law.

The lawyer is accused of stalking his Harrison Township neighbors and the profane confrontations are all caught on camera.

Timothy Barkovic is known as Macomb County's outspoken defense attorney, but his neighbors know him in a different light.

On camera he has been recorded as saying:

"Uh oh, the sheriff’s department, like I'm really scared of the sheriffs," Barkovic appears to say on cell phone video. "Are those your buddies the police, who won't do anything?"

In one record he tries to demean the couple by giving the man a feminine name and the woman, a more masculine name.

"Jane, I'll never stop," he said. "OK. You'll never get me to stop talking. You know that? Because I have a Constitutional right to be highly critical of you and Robert's actions over there and I intend to exercise my rights."

He also seems to threated violence.

"Drop the shovel and we'll go at it right now."

Upon hearing the charges, Barkovic went to the Macomb County Sheriff's Department where he was soon after arrested Wednesday.

"We cannot and will not tolerate this type of behavior in our community," Fox said. "And Mr. Barkovic is being treated the exact same as any other person who engages in a willful and ongoing course of intimidation and harassment of his neighbors.

"He's not entitled to any special treatment just because of his position."

FOX 2 stopped by Mr. Barkovic's house to hear his side of the story.

Barkovic picked up the phone but cut the conversation short saying "No comment."

This isn't the first run-in with police for Barkovic, He was charged with assault and disturbing the peace for shoving a Shelby Township police officer in 2009.

Those charges were later dismissed. He's also been cited four times for verbal mistreatment of court officers since 2010 by the Michigan Attorney Discipline Board.

"There is not protected speech that is intimidating and harassing," Fox said. "There are statutes that forbid it, and we're moving forward because of that speech. Because of his conduct which went beyond simple speech.

With his arraignment scheduled for next week.

If he's convicted, he could get up to more than a year in jail. 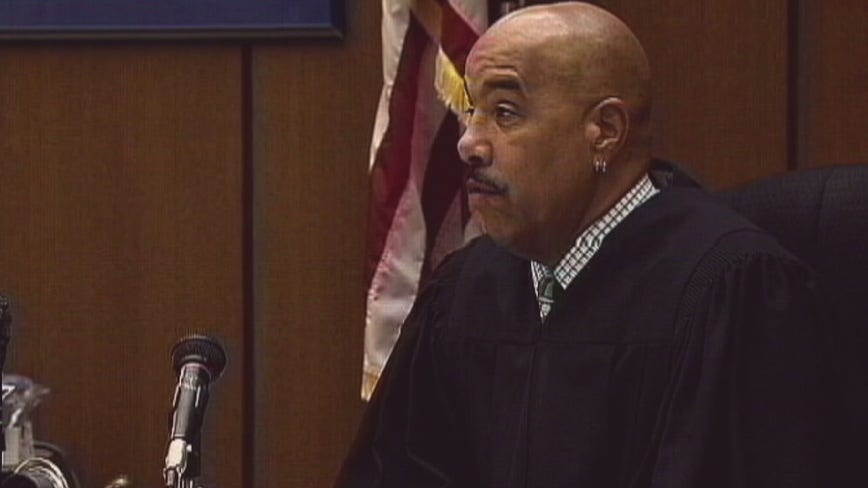