DETROIT (FOX 2) - On any given Detroit night, homelessness impacts about 14,000 people.

After her mom passed away, Sweetvine Thompson fell on hard times along with her daughter Ashley and her two toddlers.

After her mom passed away, Sweetvine Thompson fell on hard times along with her daughter Ashley and her two toddlers

"It was just hard, plus my kids were in the cold it just been hard," said Ashley.

Their life changed last June when they came to COTS - The Coalition On Temporary Shelter. Peggy's Place is an emergency shelter on Wyoming in Detroit which focuses on families - like the Thompsons.

The facility gives them a warm bed and food, but also helps them transition into independence.

"They helped us with food, clothing everything gave us a place to put our head at," Thompson said. "If it wasn't for COTS, I don't know where we would be right now."

"I feel like I am one of the most blessed people on earth knowing when I go home at night, everything that was done that day had an impact beyond me," said Cheryl Johnson.

Thanks to their partners and donations, long time Director Cheryl Johnson says their team works with families to find housing, straighten out their finances, work on emotional well-being, education and training so they can find employment and long-term stability.

"Ultimately you can to not be subsidized and that is our ultimate goal we want our families to achieve," Johnson said. "We recognize it is long-term. Meaning, our work with families goes beyond here in our emergency shelter, our coaches, mentors, all of our support go with them long-term even into their housing to the community."

Last October Sweetvine and her daughter were able to move into one of COTS' subsidized apartments as they continue to work on gaining financial independence.

"We are in our own place now, we are stabilized, we are happy, it is peaceful," Thompson said. "I don't have to wake up at 5 o'clock in the morning anymore. We're blessed."

But they never forget where they could have ended up, if it wasn't for the support and care they received from COTS.

"I love them, I miss them already," Thompson said. "I think about them all the time." 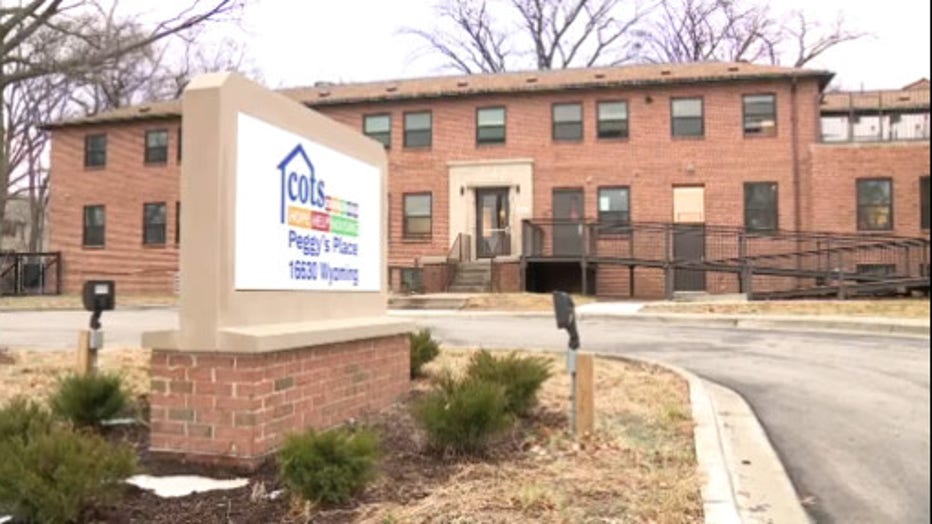 If you would like to help support COTS, the organization's biggest fundraiser is 6 to 10 p.m. Thursday, Jan. 23