DETROIT (WJBK) - Lying on the road over the speed bump, Danny Rosdoske tells FOX 2 he'll stay there all night if he has to. He's staging a one-man protest in the middle of his neighborhood street, fighting to save the speed bumps.

People on the block say they put in speed bumps to slow down the traffic between drug dealers and buyers. The neighbors on Willette Street are more like family, and they all chipped in money to put in four speed bumps. It cost nearly $500.

Rosdoske tells us the speed bumps have been working.

But Thursday, Detroit city workers came out to the block to remove them.

"That house at the corner had a body in it and it's still up," says neighbor Ebony Pullom. "But they're coming for some speed bumps?"

"They need to stop all this. The speed bumps, I love them," says neighbor Carla Jones.

Roughly 10 abandoned homes sit on their block as drug users go in and out. Neighbors say they board them up and keep the grass cut.

Rosdoske and neighbors are consistently calling the city to try and get some help, and have now signed a petition to keep the speed bumps.

Rosdoske: "Nobody called back; nothing's being done."

City workers say they were able to remove one of the speed bumps but with Rosdoske lying on another, they say they had to leave and there's nothing they could really do at the time. Police even came to the scene but Rosdoske said he was willing to go to jail over it.

"If they take him to jail, I'll get him out and it'll just be a continuous cycle," says Jessica Rosdoske, his daughter.

Rosdoske was not arrested, and police said they understood and respected his intentions. But, agreeing with the city, police say the speed bumps are a liability.

Rosdoske says he wants to talk to the city and try to do the speed bumps "by the book."

Just hours later, the city spoke with Rosdoske and now says they're planning to install more stop signs and will talk with neighbors to address the blight issues.

And if something isn't done, you know where to find Rosdoske. 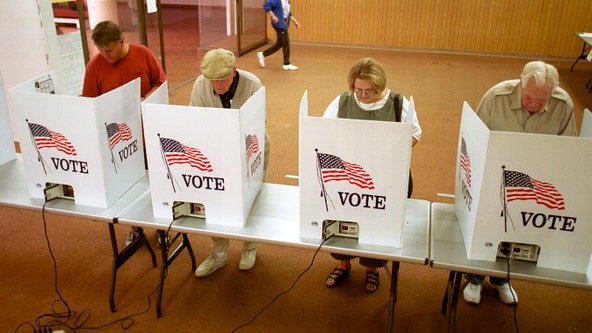