FOX 2 - A video released by the Michigan GOP appears to show a man outside a Lansing community center pulling open the back of the dropbox used to collect ballots and finding a single envelope.

"Whatever was in the bottom of the box is not a ballot, it is an envelope," said Chris Swope, the Lansing city clerk.

A video released by the Michigan GOP appears to show a man outside a Lansing community center pulling open the back of the drop box used to collect ballots and finding a single envelope.

That's because Lansing's City Clerk maintains ballots had not been mailed when the video was recorded several weeks ago.

In fact, the boxes have just been installed only and not locked. The Lansing City Clerk sees the video as only serving one purpose.

"The video was definitely posted as a fear tactic," Swope said.

Michigan's Republican Party Chair Laura Cox released a statement about the incident which reads in part: "I am calling on Secretary Benson to launch a full investigation into this incident, to determine if any ballots were stolen or tampered with, and to ensure this never happens again."

Jocelyn Benson's office told FOX 2 they are unaware of any formal request from Ms. Cox to investigate anything. But they do want to reassure voters all across the state that ballot boxes are safe.

"The claim that there were ballots inside is demonstratively false in the video you do not see a ballot," said Tracy Wimmer, spokesperson for Michigan Secretary Jocelyn Benson.

In fact, Benson was in Detroit on Monday at the launch of one of several Satellite Voting locations when she spoke about the safety of drop boxes.

"The security of drop boxes is well established, they are monitored," Benson said. "The staff are picking up ballots every day and every night."

Benson's team says the more than 1,500 city clerks across the state are also taking efforts to ensure that these boxes are not compromised in any way and the state encourages the use of surveillance when possible. 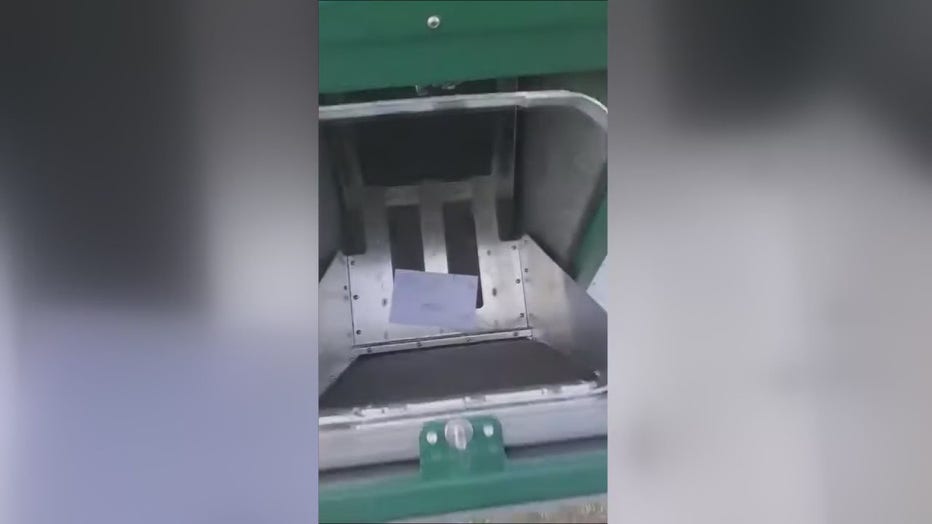 For now, Benson's office just hopes this video does not make voters think these boxes are unsafe to use.

"One of the biggest threats this year is misinformation," Wimmer said. "And what we refer to as, hacking of the mind."