How do gas prices work?

Politicians often take the heat for high gas prices, but they have little to do with what you pay at the pump.

An extended heat wave in the Pacific Northwest has prompted a rule change for drivers in Oregon: They can pump their own gas until the end of the week.

Oregon and New Jersey are the only states in America where you can’t legally pump your own gas. In Oregon, there’s been a ban on self-serve since 1951.

The quirky law gets national attention nearly every year, giving fodder to drivers in the other 48 states. The Central Oregon News has posted a video on its website showing people how to pump gas, under the headline: "Oregonians can pump their own gas until Sunday: Do you know how?"

The state has roasted since Monday and temperatures at or near triple digits were forecast into the weekend. Portland could be on track to break a record for the duration of the hot spell, authorities said, as local governments and non-profits scrambled to expand capacity at cooling centers.

"For the next several days through Saturday we’re going to be within a few degrees of 100 every day," said Colby Neuman, a meteorologist for the National Weather Service in Portland, Oregon.

RELATED: Man suspected of starting fires in Oregon detained by 3 residents who tied him to tree

Temperatures in Oregon’s largest city are forecast to soar to 101 degrees Fahrenheit (38.3 Celsius) again on Friday. On Tuesday, Portland set daily record 102 F (38.9 C). The triple-digit heat is being investigated as the cause of death for four people. 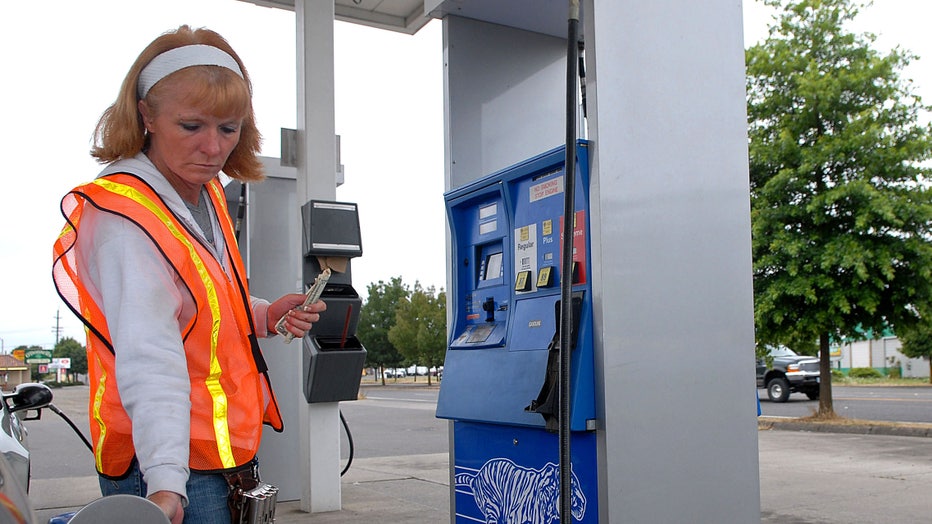 Seattle on Tuesday also reported a new record daily high of 94 F (34.4 C). The heat spell was forecast to last into Saturday in western Washington as well.

The National Weather Service has extended the excessive heat warnings from Thursday through Saturday evening.

The duration of the heat wave puts Portland "in the running" for tying its longest streak of six consecutive days of 95 F (35 C) or higher, Neuman said.

Heat waves on the rise in the Pacific Northwest

Climate change is fueling longer heat waves in the Pacific Northwest, a region where weeklong heat spells were historically rare, according to climate experts.

Heat-related 911 calls in Portland have tripled in recent days, from an estimated eight calls on Sunday to 28 calls on Tuesday, said Dan Douthit, a spokesperson for the city’s Bureau of Emergency Management. Most calls involved a medical response, Douthit added.

Emergency department visits "have remained elevated since Sunday," the county said in a statement. "In the past three days, hospitals have treated 13 people for heat illness, when they would normally expect to see two or three."

RELATED: Study: Reintroducing sea otters to the Pacific Coast is feasible, now to the next steps

Multnomah County said its four emergency overnight cooling shelters were at half capacity on Tuesday with 130 people spending the night. But anticipating more demand, officials decided to expand capacity at the four sites to accommodate nearly 300 people.

Residents and officials in the Northwest have been trying to adjust to the likely reality of longer, hotter heat waves following last summer’s deadly "heat dome" weather phenomenon that prompted record temperatures and deaths.

About 800 people died in Oregon, Washington and British Columbia during that heat wave, which hit in late June and early July. The temperature at the time soared to an all-time high of 116 F (46.7 C) in Portland and smashed heat records in cities and towns across the region. Many of those who died were older and lived alone. 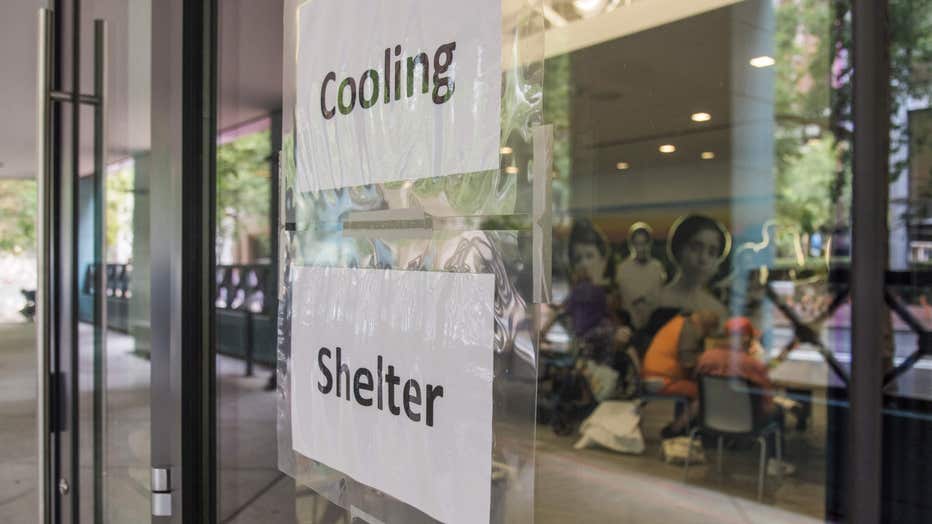 A sign is seen on the window of a cooling center where residents of Portland spend the afternoon at The Portland Building in Portland, Oregon, 2021 (Photo by MICHAEL HANSON/AFP via Getty Images)

Other regions of the U.S. often experience temperatures of 100 degrees. But in regions like the Pacific Northwest, people are not as acclimated to the heat and are more susceptible to it, said Craig Crandall, a professor of internal medicine at the University of Texas Southwestern Medical Center.

"There’s a much greater risk for individuals in areas such as the Northwest to have higher instances of heat-related injuries and death," Crandall said.

Officials in Seattle and Portland on Tuesday issued air quality advisories expected to last through Saturday, warning that smog may reach levels that could be unhealthy for sensitive groups.