Organization bails out mothers before Christmas

Michigan Liberation wants to make sure parents are home with their children for the holidays.

DETROIT (FOX 2) - An organization wants to help parents who are accused of low-level crimes who are behind bars because they can't make bail.

"I think this is a wonderful thing. We couldn’t come up with that kind of money to get her out," Kathy Locke said.

Locke's niece was in jail after she got into a fight and her family couldn't afford the $750 needed to get her out.

"She’s been here close to a month," Locke said. "We have her son, and he wants to see his mother." 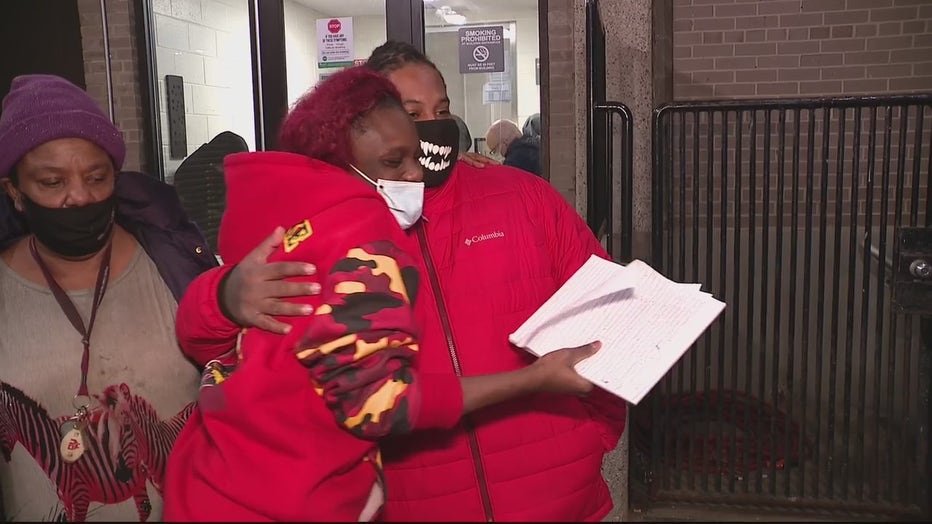 Michigan Liberation bailed out Locke's niece and two other women as part of their Home for the Holidays program.

The organization has a $5,000 per case limit and focuses on people with minor offenses who are unable to pay their bail because of their financial situations.

Cash bail is what a person pays to get out of jail after their initial arrest. It ensures they will return for court. However, if a person can't afford bail, they are forced to remain behind bars.

"These are usually just everyday citizens having their lives disrupted by being forced to remain in jail due to poverty,"said Earl Burton of Michigan Liberation. "We won’t take anyone with crimes that have anything to do with children, sex crimes, or things like that. These are just ordinary people stuck in here because they can’t pay their bond."

Burton said most of the people the organization bails out do return for court.