WARREN, Mich. (FOX 2) - So how about this for a perk? If you work for the city of Warren for eight years you get lifetime medical benefits??

"This will never be implemented," said Mayor Jim Fouts.

Nobody knows how lifetime benefits for Warren city employees happened

But the City Council on Sept. 10 voted yes.

"I have zero tolerance for this type of underhanded, absolutely disgusting trickery that should exist only in a comic book," Fouts said.

So here's what happened. The Warren human resources director submitted a resolution for continued health coverage for city workers.

The mayor approved it on Sept 3rd.   Yet at the September 10 a city Council meeting, the council approved lifetime health coverage for all city workers --and elected officials.  There was no discussion and a unanimous vote.

"Someone on Council definitely knew and they knew exactly what they were doing," said Garry Watts, Vice president Warren City Council. "To make sure they were going to be covered."

"I have to believe that somebody from the administration had their hands in this," said Jonathan Lafferty, Warren City Council.

"It was done on purpose to prevent me from being able to use my veto," Fouts said.

However, some members of the newly elected Warren City Council - those who did not vote on this - are questioning the mayor.

FOX 2: "You guys are blaming the mayor.

"I am blaming somebody in administration that is going to take the heat for this," said Lafferty. "Somebody is not telling the truth."

"It may very well be," Lafferty said.

So it seems the mayor and the new city council agree that no one should get lifetime benefits for eight years of work.  So where do we go from here?

"Hopefully it's going to be on next week's agenda to and we are going to try to get to the bottom of it," Watts said. 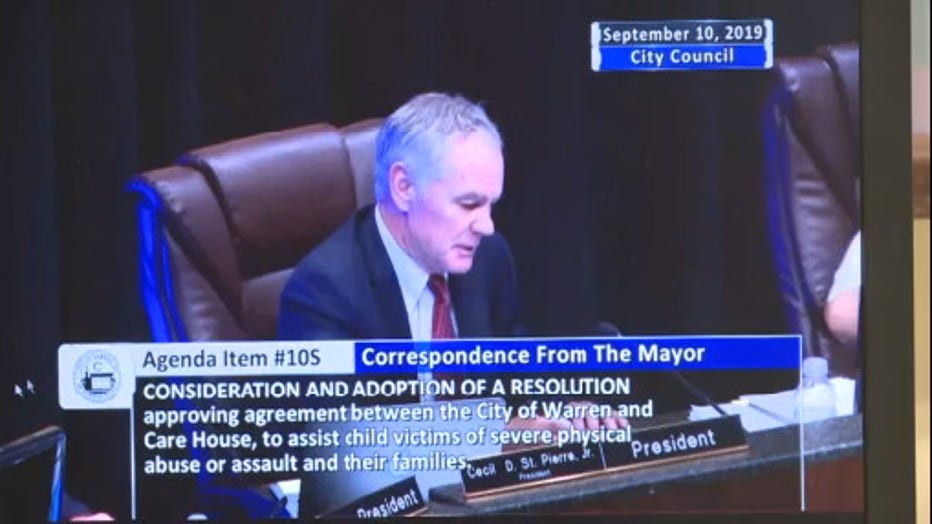