DETROIT (FOX 2) - "As we're getting yelled at and lectured it's like, you're wasting your breath," said Matt Buskard. "Everybody just needs to chill out a little."

The owner of Bobcat Bonnie's says he is sick and tired of his employees getting harassed and abused by people who refuse to wear masks during the COVID-19 pandemic.

"We are the place that pours queso on tater tots and edible glitter into your cocktail. We're not the ones who are making the policies on mask use," he said.

Last week the Michigan Supreme Court ruling Governor Gretchen Whitmer's executive orders since April 30th,  is unconstitutional. One of those mandates, to wear a mask. But not long after the Michigan Department of Health and Human Services supported the governor's mask mandate with their own order.

"No one has told businesses that they don't have to follow this up," Buskard said. "We've gotten no instructions so as of right now, we're still doing business this week until somebody says differently."

Buskard says the "insanely disrespectful behavior" has gotten so out-of-control, he's decided he will no longer serve or do business with people who harass his employees or refuse to wear a mask.

"They're like well we don't need to f-ing follow this executive order that's unconstitutional and hindering on our rights," Buskard said. 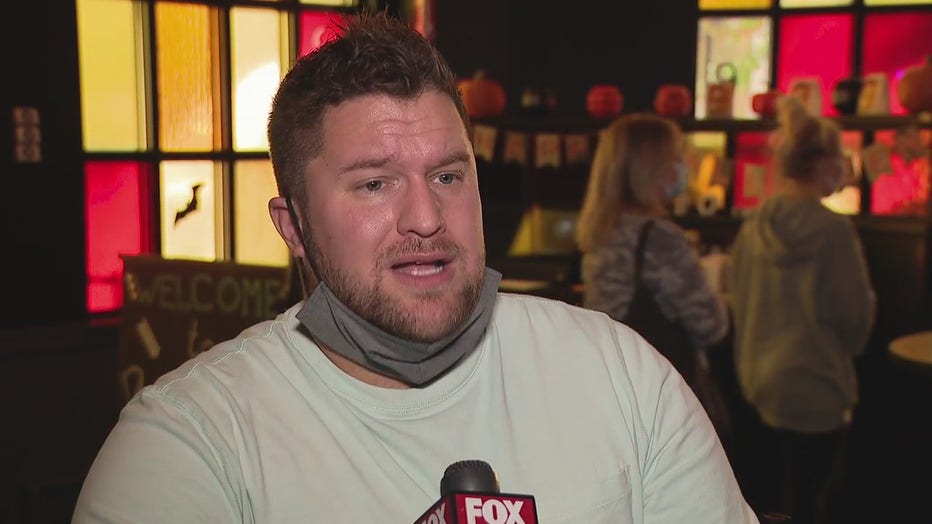 The abuse is not just in-person, either. Buskard says recently, a third-party delivery service got a customer's order wrong.

"The gentleman called back," he said. "And preceded to tell my to-go girl that we're just stupid f-ing white people."

And by the way - the employee on the other end of that phone call wasn't white.

"It's just not gonna be tolerated," he said.

Buskard says he's proud of the way his employees have been flexible during the pandemic, getting their temperatures taken and taking a health screening before clocking in.

The restaurant even adding heated igloos for comfy outdoor seating when it gets cooler.

Buskard just asks if you plan to stop by just wear a mask when you arrive you can take it off once you're seated, and just chill out.

"Just take it easy. Everybody's dealing with their stuff," Buskard said. "Just have some patience and show some compassion."