Willows Edge is collecting notes of love and compassion for the families of the victims from Tuesday's mass shooting at Oxford High School.

OXFORD, Mich. (FOX 2) - Inside Willows Edge Counseling and Healing Arts Center in downtown Oxford, these counselors are putting their broken hearts aside to support their neighbors after Tuesday's tragedy.

She said she wants the victims of the mass shooting and their families to know the community is standing beside them.

On Thursday her staff cut out paper hearts for folks to write a kind message, and they are also collecting encouraging emails.

"It helps so people are not feeling helpless and hopeless, which is a terrible feeling," she said."People want to feel like they can make a difference."

Soon the counselors, including Kayla Thrushman, will compile all the notes into a piece of art for each family.

"I think people just need to feel loved and supported more than anything right now, and I hope that this offer some sort of healing," she said.

You can stop into Willows Edge Friday at 2B S. Washington St. Oxford, or email it at WEloveOxfordMI@gmail.com 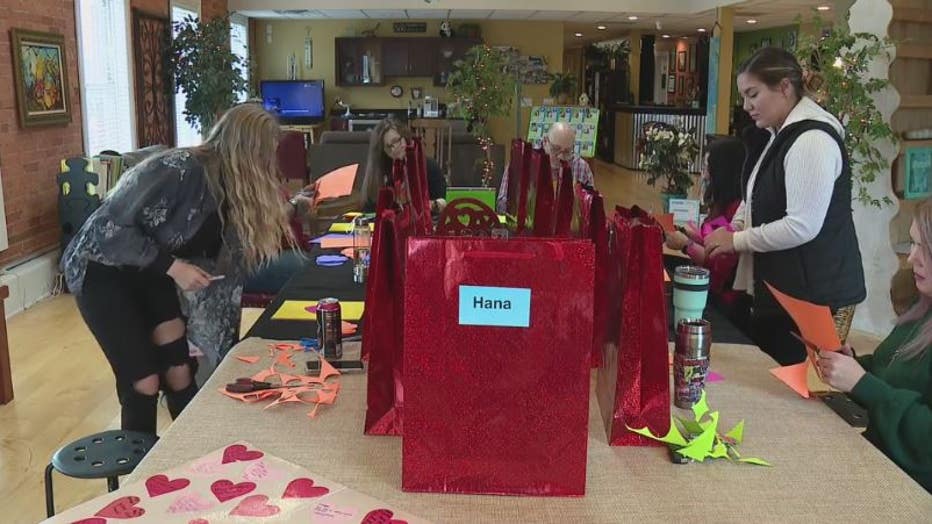