When they do come back, school security will look different for instance - no backpacks at all until they can find a vendor for clear ones as well as a zero-tolerance policy.

OXFORD, Mich. (FOX 2) -
Tuesday was the first time since the tragic shooting that Oxford school officials spoke publicly - and they told us their priority is getting all students back in the classroom as safely as possible.

Roughly 80 people filled the middle school auditorium and understandably the emotions in this community are still raw.

Earlier tonight the school district announced there would be no classes for the rest of the week after a threat to the middle school was received on Monday.

During public comment, community members and parents did not hold back in speaking to officials.

"Every day we live in fear, is a day that Ethan wins," said one woman.

"Why didn't you call the police when you knew there was a kid with a problem," asked one man.

"This was a mental health crisis," said another woman. "And everybody knows it."

"We want to be able to send them - they want to go back to school," a woman said. "They want that, but we need to be comfortable too."

"I am absolutely devastated, not only for this community, for the people who have lost their children, but for my own home," another man said.

School officials said they stand united in their support of a return to normalcy.

"The sooner we can get our students back into school, the better," said Superintendent Tim Throne.

Ideally, the high school would re-open after Christmas break, but Throne says he knows that is an ambitious thought.

When they do come back, school security will look different for instance - no backpacks at all until they can find a vendor for clear backpacks.

"Any student who provides anything that looks remotely violent, or in any way threatening, is out of school," said Jill Lemond, assistant superintendent. 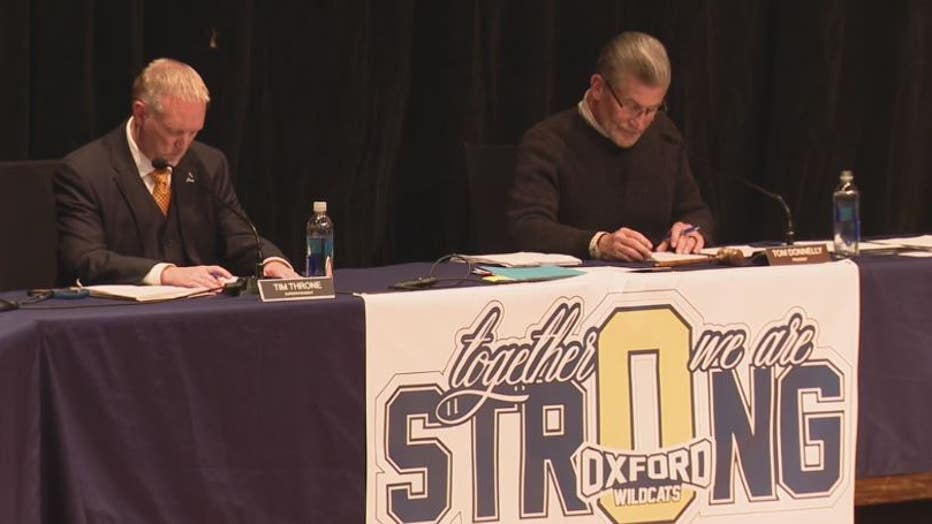 Meanwhile the school board voted to conduct an external investigation of the events leading up to, and including the shooting that killed four students and wounded seven other people, on Nov. 30th, while cooperating with the current criminal investigation conducted by the sheriff’s office.

Prior to the shooting the current superintendent had plans to retire at the end of January. In light of what has happened, the superintendent has agreed to stay on long as the search continues. 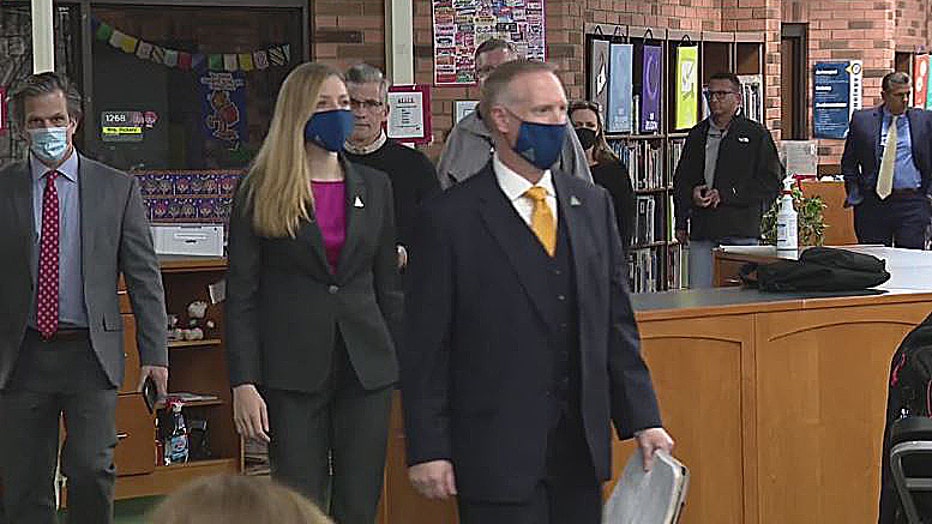