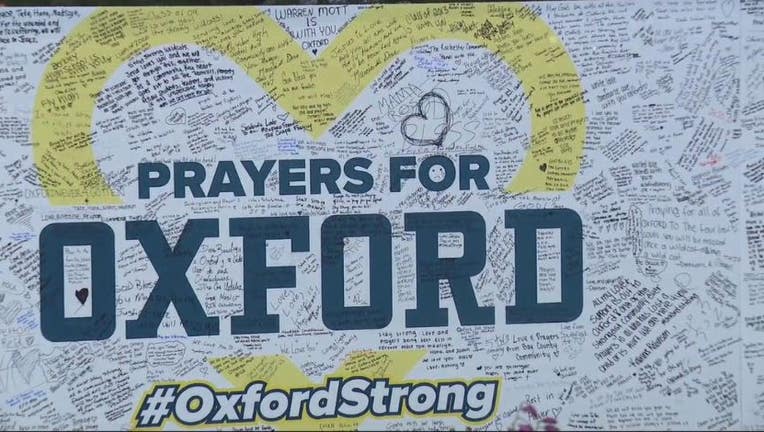 FOX 2 - The entire Oxford school district will be closed for the rest of this week following a threat on social media regarding the middle school on Monday.

Oxford schools were closed Tuesday for law enforcement to search the buildings which were deemed safe, but officials said the decision to remain closed was for the community's mental well-being, in a statement posted online and emailed to parents.

"Many in our community have expressed concern surrounding yesterday's threat and do not feel ready to return. This has caused us to pause and consider the current needs and emotional well-being of our school community. Therefore, we have decided to close all district school buildings for the remainder of the week. Please see your email from OCS for details."

An image from social media included a 'specific threat' directed at the middle school on Monday, the district said yesterday.

Sophomore Ethan Crumbley, 15, is accused of killing four students at the Oakland County school on Nov. 30. Authorities said the suspect walked out of a bathroom in the school with a gun and fire at least 30 shots, hitting 11 people.

Crumbley is charged with one count of terrorism, four counts of first-degree murder, seven counts of assault with intent to murder, and 12 counts of possession of a firearm while committing a felony.

His parents appeared in court today, as they face charges of involuntary manslaughter and additional counts for not reporting to the Oakland County Jail after being charged, which led to a manhunt and their arrest on Dec. 4.

School threats can be reported anonymously to the State of Michigan’s Okay2Say tip line at 8-555-OK2SAY or OKAY2SAY@mi.gov.