FOX 2 - The mask is now a part of our daily wardrobe but they're causing some issues for law enforcement face coverings or make it making it more difficult to identify criminal suspects.

In a recent New York City surveillance video an entire group converges on an old man walking down the street before beating him. It happened at 11:30 last Friday morning when New York police say twelve men and women were in on that assault.

The mask is now a part of our daily wardrobe but they're causing some issues for law enforcement face coverings or make it making it more difficult to identify criminal suspects.

Although wearing a mask is helping to reduce the spread of COVID-19, it is making it more difficult for police to identify criminal suspects.

"It's going to make it very difficult for law enforcement to apprehend the suspects without actually catching their faces," said Robert Gonzalez, St. Johns University assistant professor. "They're going to need severe cooperation with the public in order to identify the suspects."

Wearing a mask is mandatory inside all types of businesses. For shop owners and store workers, a person wearing a mask and walking through the front door makes it difficult to tell between customers or someone who could cause trouble. 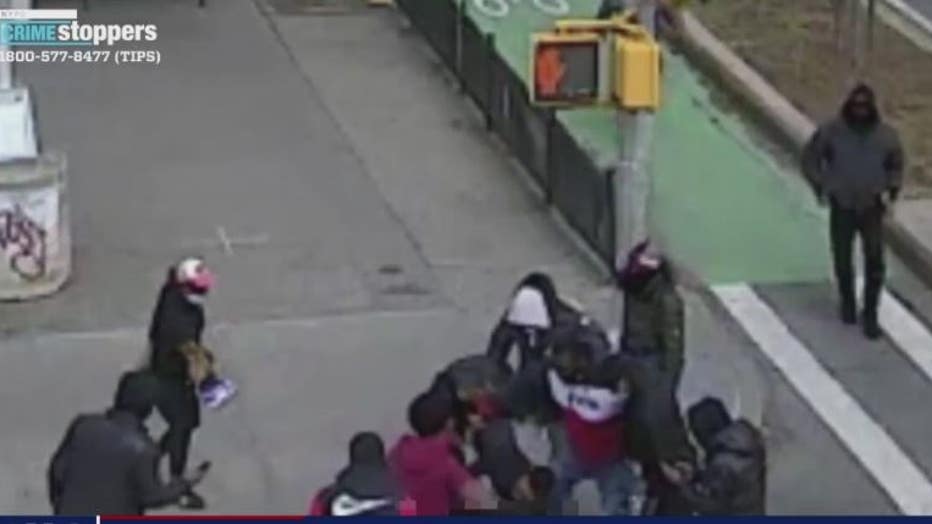 A street assault in New York recently caught on camera.

No matter how hard they try to cover their face before committing a crime police have other ways to track down those responsible.

"What law enforcement usually does, is they backtrack," Gonzalez said. "They look at establishments and locations in and around where the incident occurred to see if maybe they took off their masks while they were having a drink or having something to eat. They even look in the transit system."