DETROIT - Michigan authorities have agreed to reinstate the licenses of two suburban Detroit paramedics if they pass a national exam after a young woman declared dead on their watch was discovered to be alive at a funeral home.

The condition is part of a settlement with Michael Storms and Scott Rickard of the Southfield Fire Department, according to state health department documents released to The Associated Press.

Storms must fulfill other requirements, including reading a book about how to deal with families and writing a three-page essay about what he learned. 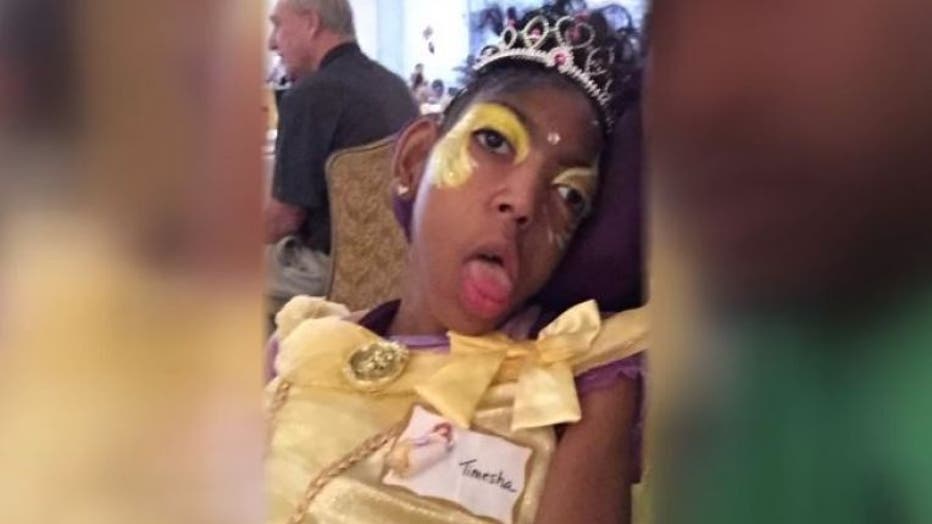 Timesha Beauchamp died at a hospital in October.

Storms and Rickard went to the home of Timesha Beauchamp, a 20-year-old woman with cerebral palsy, on Aug. 23 after her family said she was in respiratory distress. The paramedics said they couldn’t revive her. A doctor consulted by phone declared her dead.

But Beauchamp gasped and was discovered alive hours later at a Detroit funeral home. She died at a hospital in October. A lawyer said she was in grave condition due to being deprived of oxygen.

The state suspended the paramedic licenses held by Storms and Rickard, who also serve as Southfield firefighters. Authorities were especially critical of Storms, saying he repeatedly failed to recognize that Beauchamp was alive and misled a doctor about the woman’s vital signs.

The state health department recently reached agreements with the men to drop the license suspensions. They will have multiple chances to pass written and practical exams for paramedics. Storms has additional work: He must write a paper on the protocols for determination of death and cardiac arrest.

Storms must read a book, “People Care: Perspective and Practices for Professional Caregivers,” and write a three-page paper. He will have three chances to achieve a passing grade on the papers.

Fire Chief Johnny Menifee had speculated that Beauchamp might have initially survived because of “Lazarus syndrome,” a reference to people who come back to life without assistance.

The AP sought to interview Michigan EMS manager Sabrina Kerr about the agreements with the paramedics but a spokesman declined.

“The department is committed to ensuring public safety in our EMS system and will take all necessary disciplinary actions to ensure an incident like this does not happen again,” Bob Wheaton of the health department said in an email.

“I’m glad if they read the book, but I’m sorry it’s being used as a disciplinary tool,” Dick said in an interview from the Denver area. “You try to help people. Sometimes you make mistakes. But you don’t go to work in the morning saying, ‘Today, I’m going to screw up.’”