LANSING, Mich. (FOX 2) - A house committee in Lansing, without Democratic support, has voted to subpoena the state's former public health director who accepted a $155,000 severance check in return for not disclosing why he and the governor parted ways.

And the same committee heard emotional testimony on the issue of testing student-athletes.

Parents of student-athletes argue against constant testing to state lawmakers

Things got emotional as the topic switched to parental and student gripes about the governors mandatory testing program for student athletes.

The former state public health director Dr. Robert Gordon got $155,000 when he and the governor agreed that he would leave his post last January.  The two agreed not to disclose why he left but then they dissolved that agreement.

This House oversight committee asked Gordon to testify and he declined, leading to this. The six Republicans voted yes, the three Democrats voted no. Dr. Gordon agreed to meet the committee next Thursday but it remains to be seen if he says anything.

And then things got emotional as the topic switched to parental and student gripes about the governor's mandatory testing program for student-athletes.

Cherri Linesley complained that her daughter was being forced to take a Covid test that was dangerous to her health and when they asked the health department for an exemption there was none.

"I as a parent has had my rights removed as far as what is best for my child and her medical well-being," she said. 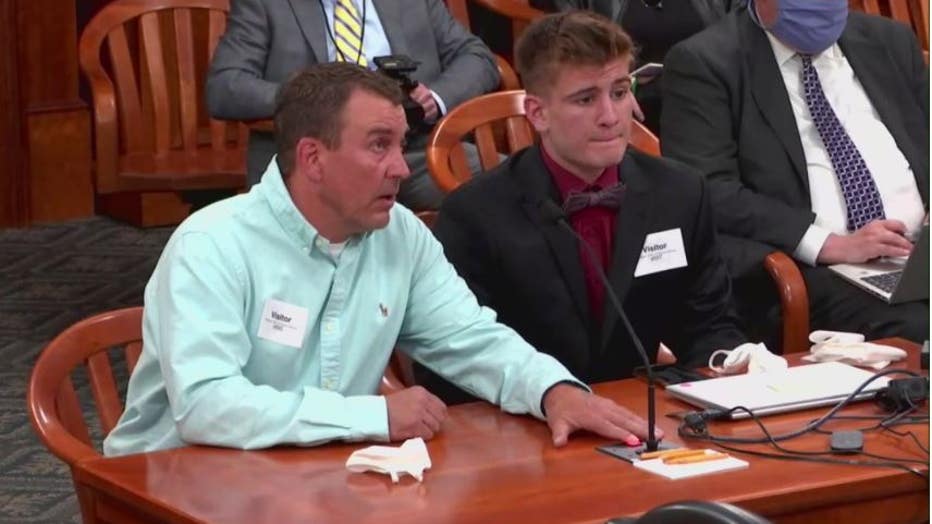 Student Tyler Janson told the committee he was denied a shot at a state wrestling title because of contact tracing even though he tested negative for Covid nine times.

Another mom, Lindsay Whitaker argues parents are being bullied over "asinine regulations

"Our students should not be subjected to these asinine regulations that are not ethical, legally questionable and totally ineffective. Our students are not guinea pigs for the state of Michigan," she said.

Democrat Sen. Stephanie A. Young was sympathetic to these complaints but explains why the Whitmer administration was taking these steps.

"More than 40 percent of the new outbreaks have come from the k-12 schools or youth sports," she said.

Now that Dr. Robert Gordon's non-disclosure part of his payout has been lifted, he is being ordered back to Lansing to answer some questions.

The committee took no action on this issue. But a parent group is suing the governor to block her mandatory testing program for kids who played sports in school.