PLYMOUTH, Mich. - John and Gail Urso lost their son to suicide when he was 41 years old. Now, the couple is working to tackle the issue from every angle.

"I think we have to pull out all the stops to do what we can to save a life," said Gail.

Together, the two work through their non-profit Kevin's Song to push back on the rising trends of seniors that commit suicide, as well as identifying signs in young people.

That's why they hosted a conference in Plymouth at a school summit.

"Kids have to know it's okay to share concerns about their friend who might say 'life sucks,' 'I'm just fed up with all this,' whatever those signs are," said John.

Many schools are working to recognize the warning signs of depression and reducing the stigma of mental health while encouraging conversations between students and their higher-ups.

However, one of those options is drawing accusations of abuse of privacy.

About 30 Michigan schools employ a service called "Gaggle" that monitors students' school emails and flags any conversations that might indicate they might harm themselves or others. The service claims it has saved more than 700 students from suicide in the school year. By alerting districts to any cries for help, officials were able to intervene.

But the ACLU is concerned about this tactic.

"It creates an academic and learning environment for kids that quite frankly feels more akin to inmates in prison than students in a school," said Chad Marlow with the group. 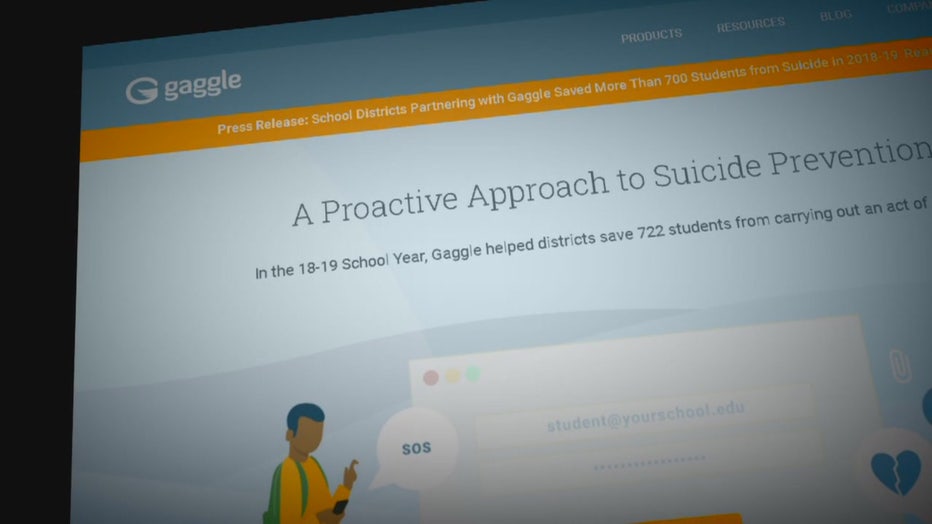 As the discussion about privacy continues, Gail and John want to make sure the issue focuses on all age groups.

"Seventy percent those that die by suicide are working-age people," said Gail. "And suicide among the elderly is increasing so we have to have a broad look at suicide as a public health crisis which it is."