These Ice jams were caused by this week's snow melt, rain, and then snow and freezing conditions.

These ice jams are the result of Wednesday's snow melt, followed by rain, and then yesterday's snow and freezing conditions.

"I'm just glad that my house isn't flooded because, apparently, my neighbor across the street has about four feet of water in her basement," said Danielle, a resident in the area.

SkyFox showed a frozen street as the ice jam flooded the area and trapped several cars.

In viewer video, firefighters rescued a woman trapped in her car. Katelyn Puruleski, who filmed the video, said she's also struggled today with the icy conditions.

"I've been out here since 7 A.M. trying to figure it out. My car was actually behind that Camaro, but I finally just got it out," Katelyn said. 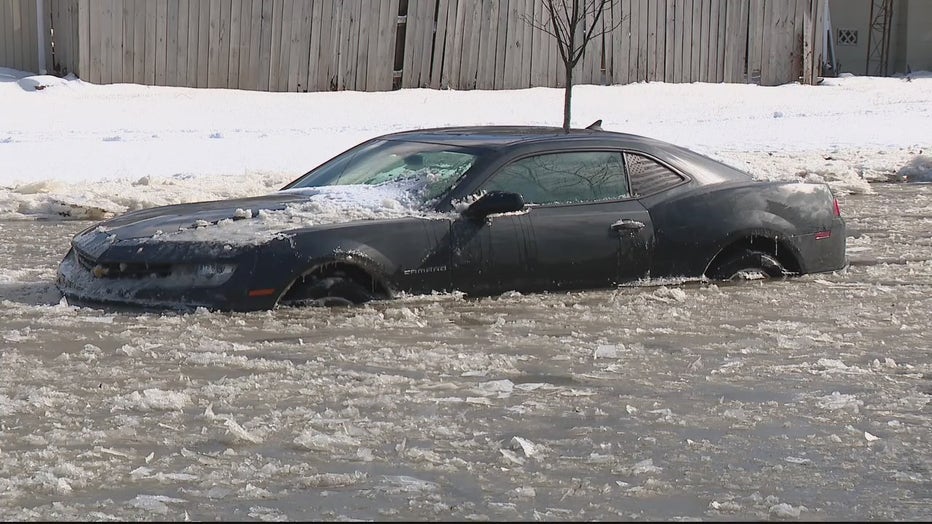 "It was completely water… in and out … everything," Katelyn said. "A lot of that stuff is probably damaged. I'm not happy about it."

The water has receded since this morning, but water levels are still at a moderate flood stage. The River Raisin is currently at 10ft and will take several days to drop below flood level.

FOX 2: "When you came out this morning, how high was the water?"

"It was up to the end of my driveway. You see where it's sitting right there," Ron Finley said.

At Soldiers and Sailors Memorial Park, a neighbor says what would normally be about an eight-foot drop into a body of water, it's jammed over with ice.

"You live by the river," Finley said. "You've got to keep stuff off your basement floor and try to prepare for it. You never know what can happen."

The mayor said they're working to clear it up and advised people to stay off the flooded streets. Their top priority is checking the safety and well-being of residents.