DETROIT (FOX 2) - The promise of free gas from a Detroit pastor drew a huge crowd over the weekend, so much so that the event got shut down police just after thirty minutes.

The owners of the BP on Outer Drive near I-94 teamed up with the Second Canaan Church to give away free gas to the first 150 customers on Sunday afternoon.

Too much traffic: police shut down pastor's free gas event

Pastor Harris says if his church were to ever do this again, they'd collaborate with police to make everything go smoother.

The idea was to give back to the community so they can have an easier time getting to and from work and church services.

Pastor Frank Harris told us the event was also to dispell the myth that churches only want to "get" from people.

"We had 150 people that we wanted to bless and we ended up doubling the number," Harris told us. "It happened so fast that the intent got a lot of attention."

"People were lined up from I'd say starting like at 10:30 a.m. and the giveaway started at 1:30 p.m. So we both got here around 11 o'clock, and by the time we got here we could barely make it off the highway," BP employee William Bazzi told us. 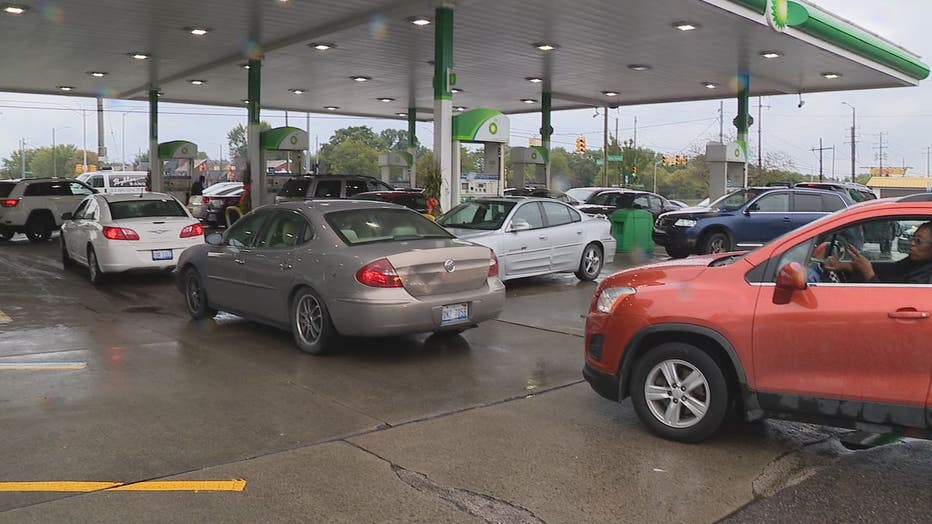 The free gas offer was shut down in less than 30 minutes, and police were asked to help restore things back to normal.

Bazzi says at that point they'd already given away more free gas than anticipated, so they were okay with the shutdown.

Pastor Harris says if his church were to ever do this again, they'd collaborate with police to make everything go smoother. Bazzi says he'd be willing to do the event again, too.