It's a tragedy to which Steve Dolunt says there is no clear-cut answer to, until details of the investigation unfold.

FOX 2 - The fatal shooting in Grand Rapids by a white police officer of a Black suspect during a traffic stop last week has left the Grand Rapids community shaken and sent shockwaves across Michigan.

A former assistant chief for the Detroit Police Department is speaking out about how officers are supposed to respond — and the ACLU is calling for change.

"It’s very tragic on both ends for the victim and the police officer," said Steve Dolunt, retired assistant chief of police, DPD.

It's a tragedy to which Dolunt says there is no clear-cut answer to, until details of the investigation unfold. He says last week's officer involved-shooting that killed Patrick Lyoya is an example of what happens when a minor infraction gets out of hand —  fast.

"It goes back to the state of mind of the victim - 'Am I going to go to jail, is he going to write me a ticket, is he going to impound my car,'" Dolunt said. "You have the cop going what is going on here why is this guy acting kind of hinky, does he have a gun, does he have warrants, whatever. And then the victim tries to run away, the officer tries to grab them, a struggle ensues."

Dolunt says a police officer's force is supposed to mirror what they face. 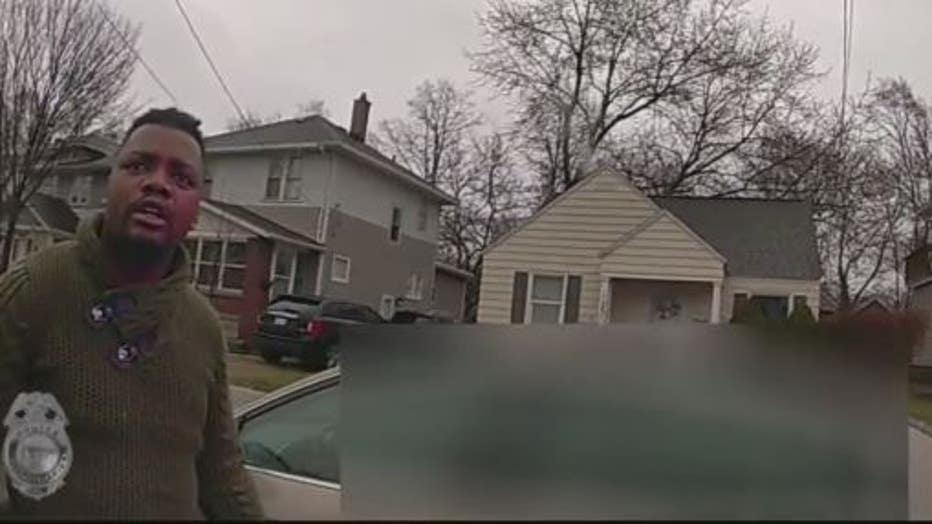 Footage of Patrick Lyoya during the traffic stop that ended with him being fatally shot by a Grand Rapids police officer.

Dolunt says here that de-escalation didn't happen. He says deadly force should be used only when the officer —  or someone around them —  fears for their life or is in immediate danger.

"He was in fear, I am assuming, that if the guy got the Taser and tased him and got his gun, all bets were off," Dolunt said.

Dolunt says if the officer would have had a partner or back-up it likely would have been avoided.

"If someone was there to help him, this probably would have never happened," he said. "They could’ve gotten the guy under control, they wouldn’t have fired the shot I’m guessing, the backup wasn’t there on time."

Meanwhile, attorney Miriam Aukerman from the American Civil Liberties Union says they want Grand Rapids police to release the officer's name — and they want another prosecutor's office besides Kent County, where the city is located, to investigate.

"People have relationships, they know people, they know the officer involved, they are the officer's friends, they know the other officers who reported to the scene," said Aukerman, senior staff attorney. "There are lots of reasons why just as a matter of human nature, you don’t want to have the people who work day-to-day with each other, investigating each other."