A near tragedy almost ruined a peaceful protest at Coolidge and Big Beaver Monday night.

Nobody was injured and the driver - a Troy man - was arrested by police. For the most part police were able to escort the protest down Big Beaver without a problem and there were no other arrests.

Protesters sat in the middle of Coolidge Highway outside of Somerset, asking for police to take a knee and officers did.

The experience overwhelmed a mother from Troy. It was equally as powerful for the officers who took part.

"We support them," said one officer. "We condemn officers who are not doing the right thing and we are not afraid to call them out. We support (the protesters) in their cause, safely and peacefully. And if they are going to block traffic for a short while, so be it." 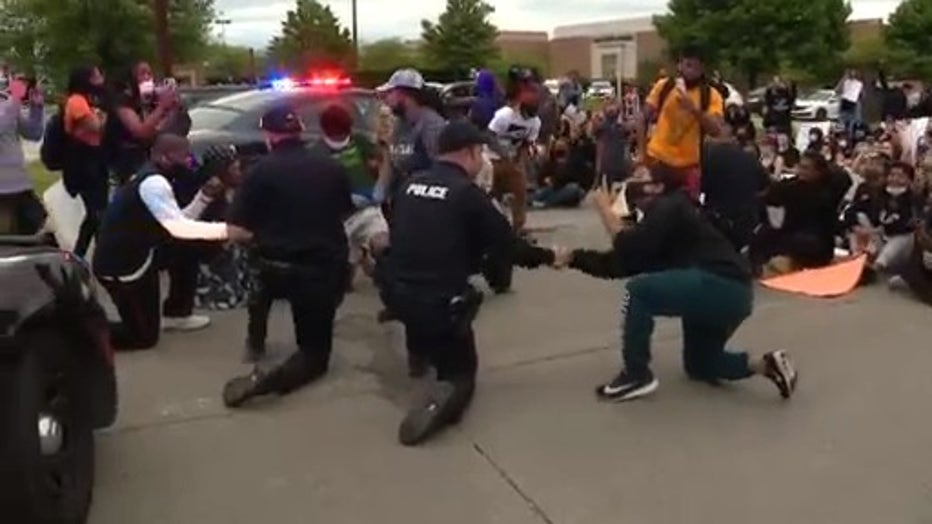 Monday's location was not chosen at random.

“It needs to be in the suburbs and in other communities where the black voice isn’t as prominent," said Marshele Parker, Black Action Movement Network.

The protest was organized by college students and that was reflected in the crowd for the most part.

As news of a planned protest, spread, Somerset mall prepared and chose to close down, blocking off entrances but in a statement mall officials say they support a peaceful protest.

Hundreds marched from the mall to the police station and back sharing stories and personal experiences along the way. 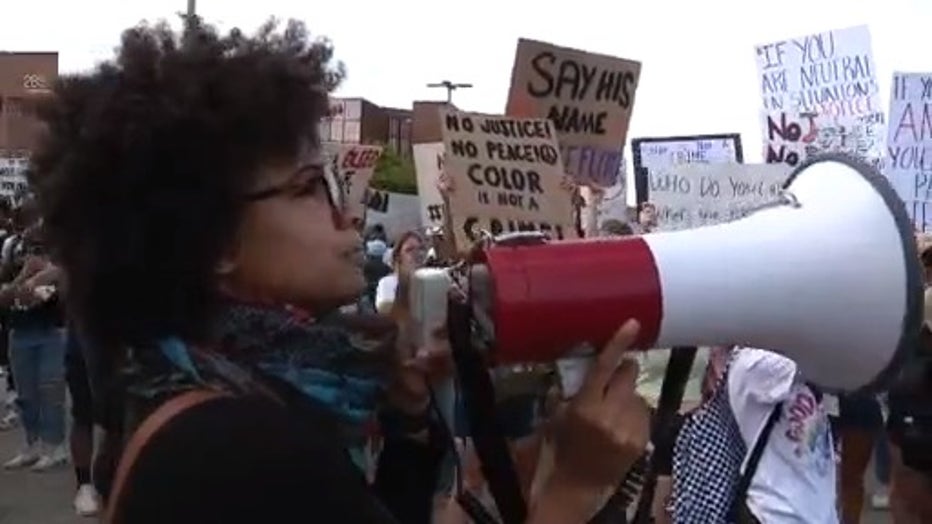