Pedestrian killed in fatal hit-and-run on Telegraph in Detroit

A pedestrian crossing Telegraph in Detroit was hit and killed by a driver on Wednesday.

DETROIT - A pedestrian was hit and killed by a car while crossing Telegraph in Detroit on Wednesday afternoon.

The woman, a Metro Detroit woman in her 30s, was struck by a vehicle on Telegraph Avenue and McNichols. A woman had just gotten off a bus and was attempting to cross the street.

Police say she was crossing westbound on Telegraph, trying to beat the light, when a driver traveling northbound had a green light.

A witness says the car didn't try to stop or even slow down -- it just kept going.

Books, sheets of paper and a backpack were spotted in the middle of the intersection. A witness said the vehicle was a burgundy 2007 Honda Pilot.

The person who owns the vehicle has been taken into police custody as they investigate to figure out if it was that person or someone else driving. 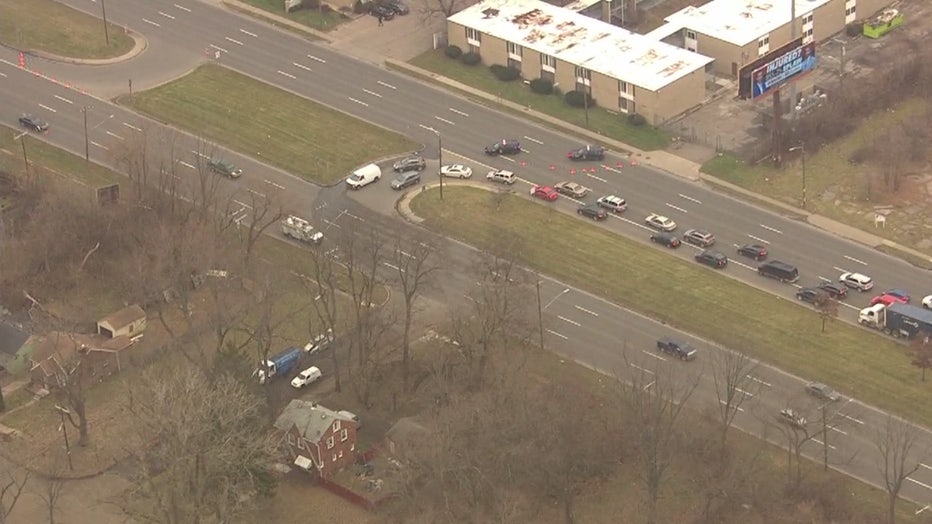