WASHINGTON (AP) House Speaker Nancy Pelosi says Congress will resume the Electoral College proceedings once the Capitol is cleared of pro-Donald Trump protesters and safe for use.

Pelosi said she made the decision Wednesday in consultation with the Pentagon, the Justice Department and the vice president, who will preside. Rep. Rand Paul (R-Kentucky) told FOX News at 7:20 p.m. that he believed the vote would resume "in about an hour." 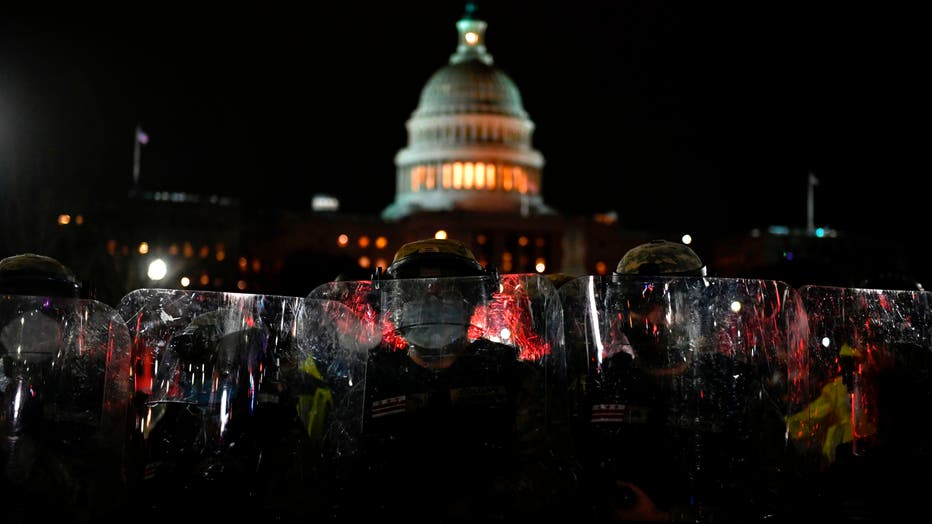 Members of the DC National Guard are deployed outside of the US Capitol in Washington DC on January 6, 2021. - Donald Trump's supporters stormed a session of Congress held today, January 6, to certify Joe Biden's election win, triggering unprecedente

She noted the day would always be "part of history," but now it would be "as such a shameful picture of our country was put out into the world."

Trump had encouraged his supporters to come to Washington to fight Congress’ formal approval of President-elect Joe Biden’s win. He held a rally earlier Wednesday and urged his supporters to march to the Capitol, telling them to "get rid of the weak Congress people" and saying, "get the weak ones get out; this is the time for strength."

Trump supporters breached the Capitol building and clashed with law enforcement before disrupting Congress’ tallying of the Electoral College votes. Trump has repeatedly told his supporters that the November election was stolen from him, even though that is not true.

Angry supporters of President Donald Trump stormed the U.S. Capitol on Wednesday in a chaotic protest aimed at thwarting a peaceful transfer of power, forcing lawmakers to be rushed from the building and interrupting challenges to Joe Biden’s Electoral College victory. Trump issued a restrained call for peace but did not call on his supporters to leave.