The saga of Perry Johnson continues on whether he will stay in the race for governor as a write-in candidate or forget about that and run for president instead.

FOX 2 - The saga of Perry Johnson continues on whether he will stay in the race for governor as a write-in candidate, following a signature snafu and unsuccessful legal challenge to appear on the ballot.

Perry Johnson was going to have dinner with his spouse last Friday about what he should do next. He made this promise last Friday on Off The Record.

Skubick: 'Will you promise to call me after dinner tonight?"

Johnson: "I will call you."

But Friday night came and went, as did Saturday and Sunday nights and no phone call with good reason - that expensive wine dinner with his spouse resulted in no-decision.

But Mr. Johnson continues to be a potential problem. Recall that his spouse was not eager to have him run for governor in the first place.

"She told me I was crazy to run for governor, she said, 'This horrible. This is awful,' but after a month with me, she loved it," he said.

But she reportedly was not loving it. At  the family dinner last Friday night. a source familiar with the conversation reveals that Mrs. Johnson was "not happy and upset" over the prospects of her husband running again. But that reportedly is not a deal breaker - at least not yet.

That's because political advisor John Yob and others are trying to get a statewide poll at this very hour trying to figure out if Mr. Johnson has any support at all for a write in.

In the three-county poll they did last week, he got 7 percent support. The next closest contender was at 10 percent and 57 percent  were undecided. and Mr. Johnson is encouraged by that.

"There is no front runner. It's the most amazing race," Johnson said.

Mr. Johnson spent  the day at the Broadmore Hotel in Colorado today playing golf and doing a little zip lining, as he awaited the poll results at which time another sit down with his spouse and others could lead to a final decision. 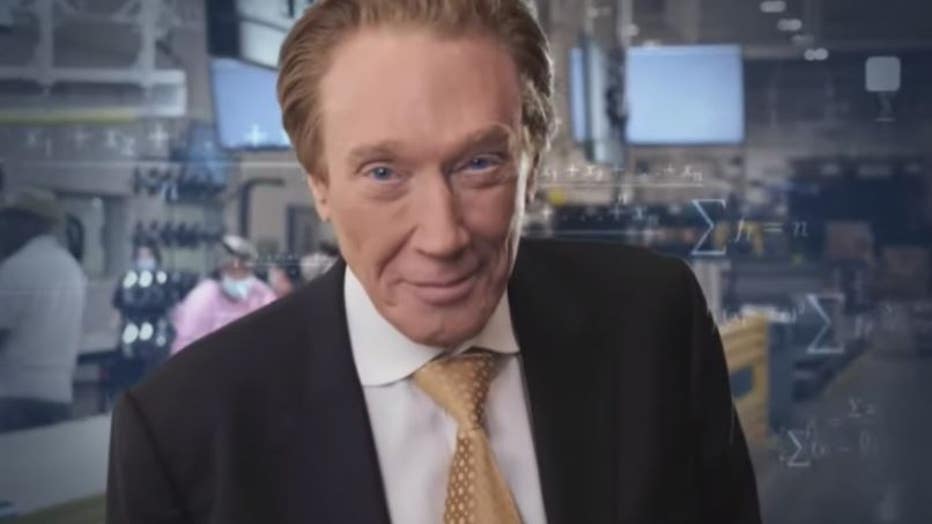