To say it's been a rough 2022 for Pink Energy is putting it lightly. Now all of its employees are without jobs as the company, formerly known as PowerHome Solar, closed effective immediately.

According to a letter obtained by FOX 2 that was sent to Pink Energy employees, the company closed its doors on Wednesday, Sept. 21.

The letter, in which the company admits it has experienced ‘financial difficulties’ while blaming the Generac equipment and sales declines, was sent on Wednesday and announced the solar company would close effective the same day.

Pink Energy said that after its most recent round of layoffs, it expected to recover but that its 'efforts have been unsuccessful’ while getting more service calls and a drastic decline in sales and cancelations.

All employees were terminated in the mass letter.

"We understand that this may come as a shock to many of our employees who have been loyal to us to the end, but for those who put their faith in us these last eight years please know that this was a shock and tremendous loss for us as well," the letter read.

The company leaders said they tried everything to keep going but sales this week could not sustain continued operations.

Additionally, after the most recent round of layoffs, employees filed a lawsuit in Federal Court under the Worker Adjustment and Retraining Notification Act, claiming this was a "mass layoff and/or plant closing" and the company failed to provide employees a 60-day notice required by the law.

Following the company's closing, they're still on the hook as their loans went through separate finance companies and they'll still have to pay.

Now terminated employees would not speak about Pink Energy as they feared they would not get their final paychecks. 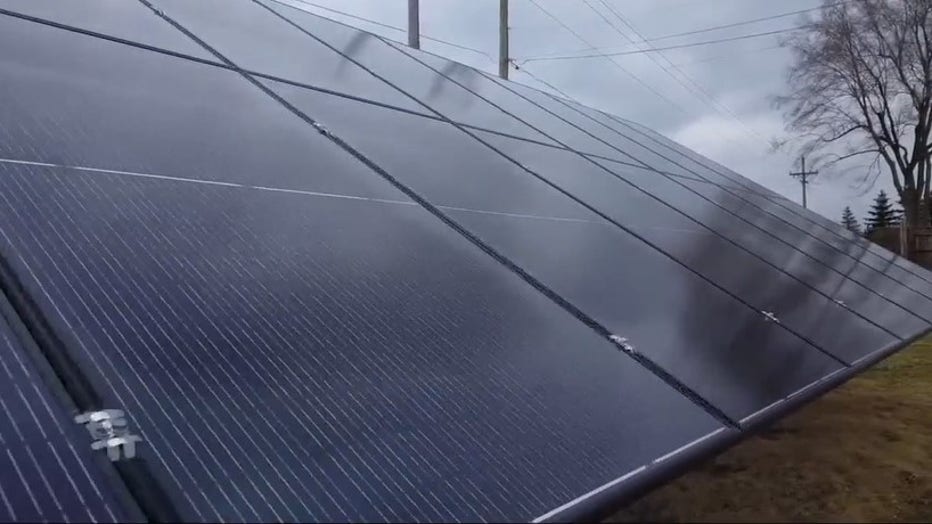 Pink Energy, originally known as PowerHome Solar before a rebrand earlier this year, was founded by Jayson Waller - the self-proclaimed ‘billion-dollar CEO’.

The company is still under investigation by Michigan Attorney General Dana Nessel's office.

We first featured the company's issues earlier this year when we received several complaints about the solar panels and the sky-high costs.

In undercover video shot by FOX 2, PowerHome Solar salespeople promise that you'll get money back from the government if you install their panels.

"It's going to give you a 79 percent reduction in your bills before you cut the trees down," said Dave, a salesman. "I would say once you get those trees down you're going to be in the 95 to 96 percent range."

Another salesman promised a federal refund of $15,000 for purchasing the panels.

The claim from PowerHome Solar was that you can cut the cord to the utility companies. But all customers we talked with said that wasn't true, including many who said they were paying more for the monthly payments for the solar panels than they were for their DTE bill, which was still over $200.

Last week, we finally talked with Waller who admitted the problems but that his company wasn't to blame. Instead, he put the blame on Generac, the company that provides solar backup batteries.

Two years ago, PowerHome announced a partnership with Generac. Aside from providing backup solar batteries, they were also providing solar parts - specifically called Snap RS. Around the time our story aired, Waller said he discovered the Snap RS systems were defective.

"We're dealing with that in a few other states because of the failure of the Generac failures and the addition of the high rise of complaints. We will get the Michigan AG up to speed just like we have the other AGs," he said. "We've replaced 50,000 of them thus far and counting."

Generac's Director of Marketing, Tami Kou, said this was a distraction:

"We believe Pink Energy may be hoping to distract customers from the many complaints and allegations that reportedly have been leveled against them regarding poor installation and service, as well as public accounts of dubious marketing claims and sales tactics."

Back in April, the same week our story aired, PowerHome changed its name to Pink Energy. He admits that change was devastating.

"It looked like 'they've changed their name, they're having these issues., they're hiding.' That's the last thing we did," he said.

Customers are also mad at Jayson Waller. The company's billion-dollar CEO and spokesperson is everywhere touting the benefits of Power Home Solar.

Waller said it was just a rebranding move but doesn't mention he was embroiled in a two-year copyright infringement lawsuit with a company called Power Home Remodeling Group which claims PowerHome Solar's webpages even look like theirs.

Then there's Waller himself. The pretty flamboyant guy has a podcast, a book, and lives a high-living high profile life, much to the dismay of customers like Jeremy.

"It infuriates me to see the guy on TV plastered all over the place...living high off the hog on everybody's misery and sorrow," he said.

Waller points the blame at Generac. But the Consumer Protection complaints started way before the deal.

Wolchek:"Do you think you took your eye off the ball as a CEO trying to promote yourself?"

Waller: "No. I was spending maybe an hour, at most, a week on a podcast. The branding of that is just expanding the brand. To help elevate PowerHome. I own that, that's true. But since 2020, with the transition to Generac, we're talking 10,000 plus customers with systems not working, with their systems not producing what they're supposed to with a potential thermal fire at their home. That is the real question here, that has nothing to do with me promoting a podcast, or me promoting a book, that has to do with Generac selling a product out of a box that's not working."