ROSEVILLE, Mich. (FOX2) - Three people were injured and a pet beagle killed by two dogs who were running loose in the streets of Roseville and the search continues for the owners and the animals.

Three people were injured and a pet beagle killed by two dogs who were running loose in the streets of Roseville, and the search continues for the owners and the animals.

"This lady was laying on top of her dog, screaming 'Help, help my dog,'" he said.

Billings pulled his silver truck over and reached for his tire iron.

Billings said his repeated strikes seemingly had no effect. Two dogs described by Roseville police to be pit bulls - one 60 pounds, the other 120 pounds, were attacking a 45-year-old woman and her 10-month-old beagle puppy.

"They were actually swinging the dog, like dogs do with towels and rags," Billings said. "That's what they were doing with this dog."

The dog's owner was taken to the hospital with her injuries from the attack.

"I just hope that she's okay," he said. "Her leg was chewed up pretty bad."

Billings has wounds of his own along with a third bystander who attempted to break up the attack. Finally the dogs relented and ran away.

"I wasn't going to stop doing what I had to do, to help this woman and her puppy," Billings said.

He called 911 while another person tried to revive the puppy.

"She started to perform CPR on this dog, she brought out an oxygen tank and stuck it up the nose doing everything," Billings said.

Despite their efforts, the dog could not be saved and Billings has a message for whoever owns the two dogs: "Step up and take responsibility for what their dogs did." 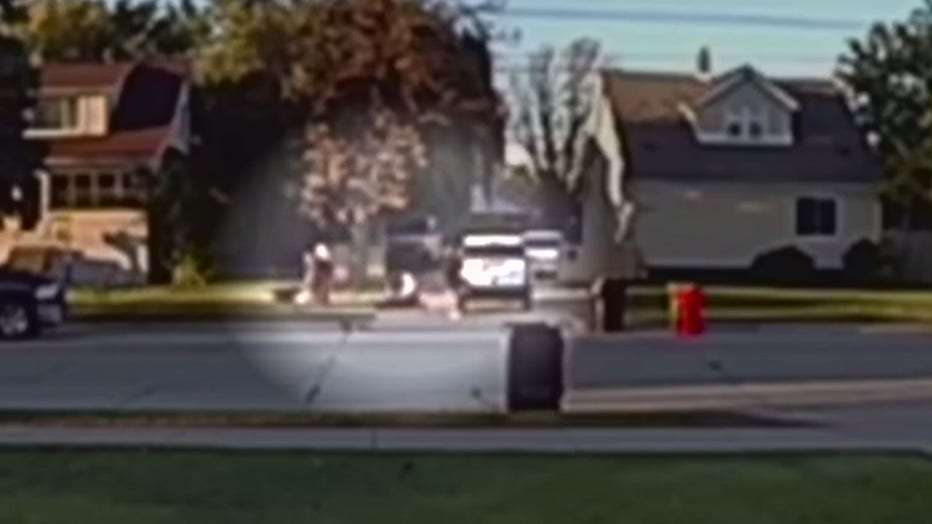 The large dog, about 120 pounds, is black with white on the chest and the 60-pound dog, is reddish in color.

Police in Roseville are actively investigating this attack and along with Macomb County Animal Control, are still searching for the dogs. They are asking anyone with video of the dogs or information on where they are now, to give them a call. Roseville police can be reached at 586 447-4475.