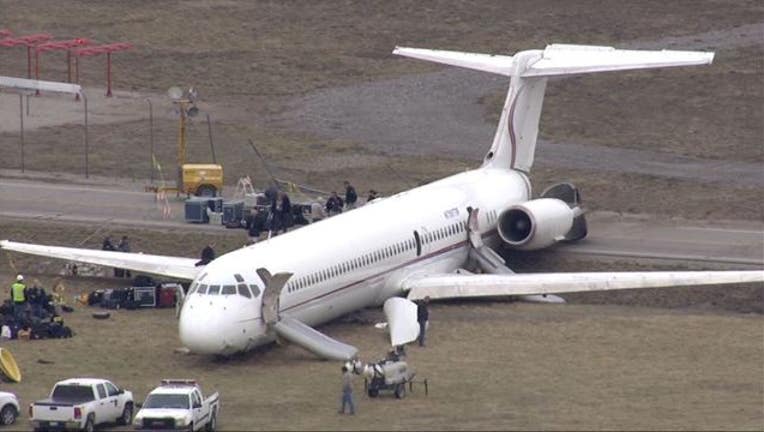 (Associated Press) - Investigators say a plane carrying the University of Michigan men's basketball team skidded off a runway in 2017 after a jammed part prevented pilots from tilting the nose upward during takeoff.

The National Transportation Safety Board said Thursday that the pilots could not have recognized the mechanical problem on the Boeing MD-83 before the accident at an airport near Ypsilanti Township, Michigan.

The board says the plane was speeding down the runway at 158 mph when the captain aborted the takeoff. The plane was still going 115 mph when it ran off the end of the runway, rolled 950 feet, hit a fence and crossed a paved road before stopping.