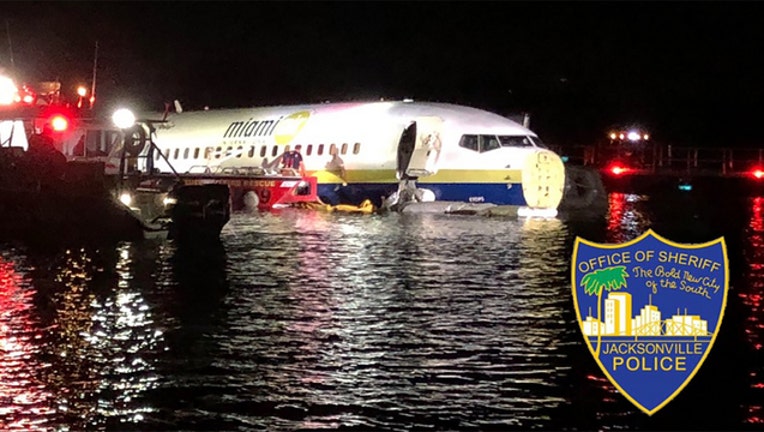 LAKE MARY, Fla. (FOX 35 ORLANDO) - A marine unit with the Jacksonville Sheriff's Office has responded to a commercial airplane that skidded off a runway and into the St. Johns River.

According to sources at WFOX-TV, a 727 Boeing plane skidded off a runway at the Naval Air Station Jacksonville.  The complex is located on the west bank of the river in the southern part of the city.

The plane was reported to be in shallow water and not submerged. Authorities said they have accounted for every person on the plane.  No fatalities were reported.

This story was written out of Lake Mary, Florida.