CHICAGO - A tire fell from a small plane near homes in a Chicago neighborhood before the plane landed safely at O’Hare International Airport.

No injuries were reported on the ground or among those on the plane, which sent up sparks on a runway as it landed Thursday evening without its left side landing gear, the Chicago Department of Aviation said.

Rose Bock said she heard a big boom in her Jefferson Park neighborhood about seven miles (11 kilometers) from the airport before the wheel was found in a neighbor’s yard.

"I didn’t know what it was. I didn’t know if it was in my house, I checked the basement, everything," Bock said. "I really didn’t look outside." 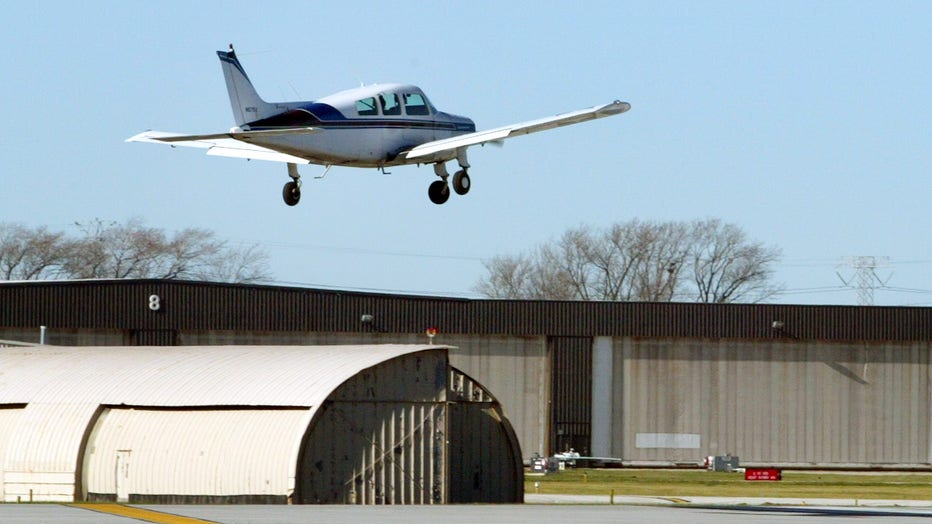 The single-engine plane was traveling to Chicago from Ironwood, which is located in Michigan’s Upper Peninsula, according to the Federal Aviation Administration. Two crew members and five passengers were on board.

Shonah Grant said she and her husband spotted the plane’s tire near their front porch when they returned from a walk. Grant said her children at home heard a bang as the wheel fell between the houses.

"It is a little freaky because where we live, we’re right in a flight path to O’Hare. We have massive planes that fly over," Grant said. "Thank God it was a small plane, but it’s really surreal."