Plymouth Fire Department sells big pumpkins for an even greater cause

The money goes to things like Thanksgiving dinner, Christmas gifts, coats for kids, mattresses for families who lost everything in a fire.

PLYMOUTH, Mich. (FOX 2) - The Plymouth Township firefighters do a whole lot more than fight fires - and it all starts in their charity pumpkin patch.

"It started six years ago with a few pickup truck loads of pumpkins and this year we actually got a full semi load," said Lt. Pete Bukis.

He says this year, they've already sold out of 2,500 pumpkins - so he got more,  because the money made there - goes to people in need in the community.

"We've developed a relationship with all the principals and the church leaders in the community," he said. "And if they know somebody in need, we spend the money to help them out."

The money goes to Thanksgiving dinner, Christmas gifts, coats for kids, mattresses for families who lost everything in a fire.

"Just anything locally that's needed, we have the funds to help out," he said.

Bukis got the idea while growing pumpkins on his family farm. Sell the pumpkins and put those donations directly back into the Plymouth Canton community.

"We started off six years ago and we made around a thousand dollars - and this year we're hoping to make around seven," he said.

"If you've ever worked with Pete, you kind of know that he goes above and beyond outside of what we do as firemen every day, helping out the community," said Firefighter Aaron Bigger. "He sees somebody - wants to help them - he's a very giving person."

And you can give as well -  $20 gets you three big pumpkins and $10 will get you three small ones. There's a lockbox at the fire stations on Haggerty and on Beck where you can leave your donations.

"I always get pumpkins from the Plymouth Township Fire Department," said Robert Yoder.

For some, it's become a family tradition.

"I've got two kids that enjoy pumpkins - and they always get the biggest pumpkins," Yoder said.

The biggest pumpkins - for the best cause. 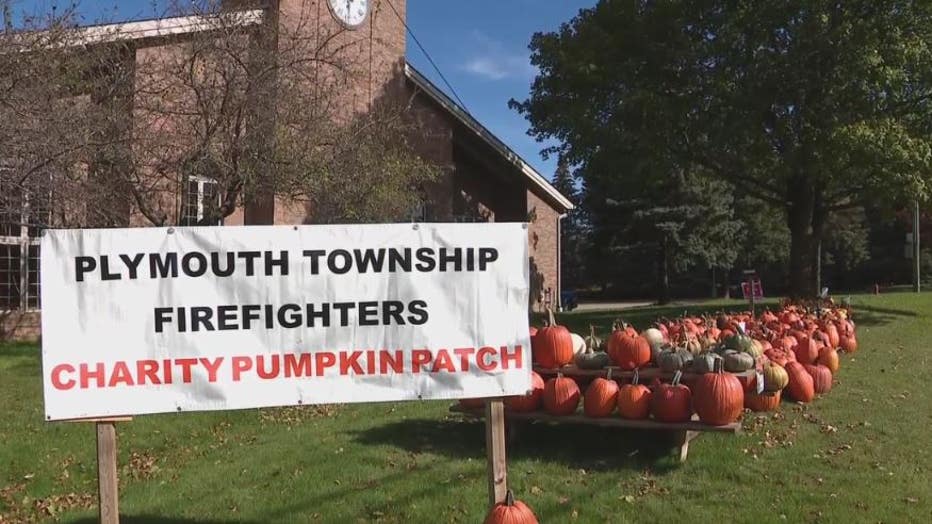