Wild police chase ends in Brownstown with tackles and arrests

A home security camera records police pursuing an armed robbery suspect in a cul-de-sac in Brownstown Township. The pursuit started in Hazel Park and ended roughly 27 miles away on Apollo Villa Road off Telegraph.

"There was two people in the car, they were chasing two guys and they say they chased them from Hazel Park," said witness Rosetta Roskinski

Michigan State Police units helped out Hazel Park police in their pursuit of the vehicle, once it got on the freeway.

"My son-in-law saw it going down I-75," said another witness.

Rosinski lives in the subdivision where the chase ended and says the man behind the wheel drove right into her driveway trying to lose the cops.

"I guess they were trying to hide in my driveway and the cops blocked them in,"  said Rosetta Rosinski. "When they tried to cut out through here, they took part of my porch with them."

Neighbors say the men bailed from their car and took off on foot. One of them impersonated Jerome Bettis as an officer tried to tackle him

"But he was like no match for him," a witness said. "As soon as he got away from him, he shot off on foot and started running."

"I guess they got out and tried to run but they tackled them and caught them both," Rosinski said.

But not before one of the suspects, neighbors tell me, climbed up and hid in a tree. 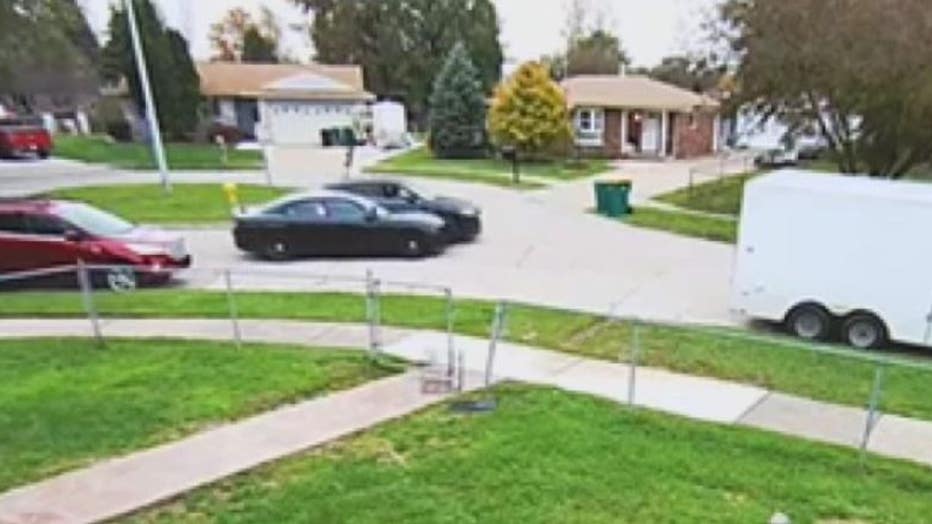 Home security camera captured part of the chase in Brownstown.

A police vehicle was damaged and towed off after the chase, as was the suspect vehicle, which interestingly had a Michigan license plate on top of a Georgia plate.

The two men are said to be in police custody. State police says Hazel Park police is handling the case. Hazel Park, however, is not commenting on the chase.