Suspect Antonio Harris, 26, is charged with malicious destruction of property, fleeding and eluding and for being a habitual offender. His passenger is expected to be charged in Monroe County.

WYANDOTTE, Mich. (FOX 2) - An incident in Wyandotte led to a high-speed chase over the weekend, ending with an arrest of two suspects.

Newly released video shows the culmination of a police pursuit early Saturday morning. tipping speeds of 100 miles per hour at times, for about 30 miles.

Rewind a bit earlier to the Wyandotte neighborhood where it started.

911 operator: "Caller states there is a Black male outside threatening to shoot up people's homes."

Police tried pulling over the suspect’s car, a silver minivan. But the driver, and his passenger sped off and didn’t stop before nearly hitting Ohio in Monroe County.

By that time Brownstown Township police and Monroe County Sheriff’s deputies were in pursuit too.

"He loses control, collides with a police vehicle, then crashes into a fence," said Deputy Chief Archie Hamilton, Wyandotte police.

Both men inside – tried to run - but didn’t get very far.

Hamilton says inside their van was a loaded firearm, several catalytic converters from cars and a hunk of cash. And their van was wanted in connection to a separate robbery.

"These are very dangerous criminals," Hamilton said. "These guys also are wanted in connection to a series of crimes that we can't speak about right now."

Suspect Antonio Harris, 26, is charged with malicious destruction of property, fleeing and eluding, and for being a habitual offender. His passenger is expected to be charged in Monroe County.

"These officers did a remarkable job," Hamilton said. "The bravery they displayed was just unbelievable." 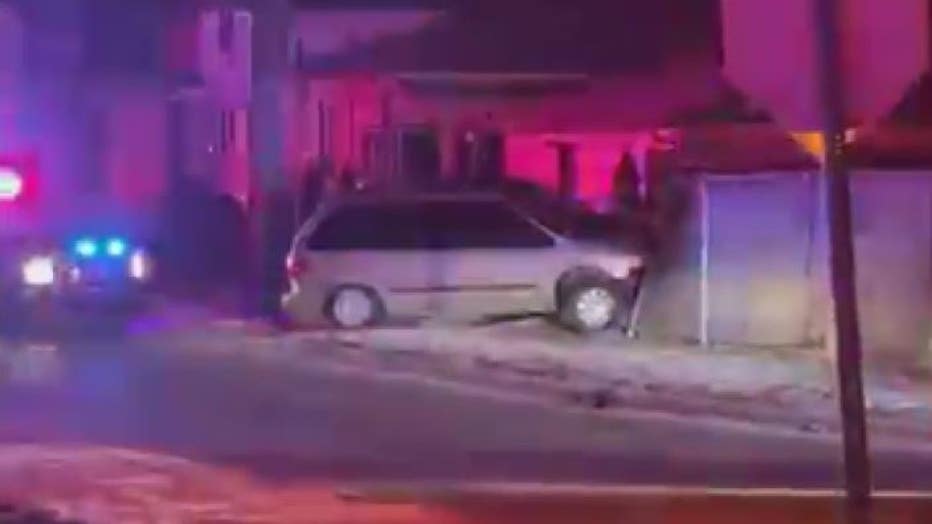